A couple committed suicide by jumping out of a window of a New York City office building together in desperation over their inability to afford their health care. The incident happened early Friday morning on the corner of Madison Avenue and 33rd Street – just a block from the Empire State Building.

A 53-year-old chiropractor and his 50-year-old wife jumped out of a window of their recently-closed ninth-floor office in the 17-story building. Their bodies were covered with white sheets once police arrived at the scene, shutting down the entire block to investigate. 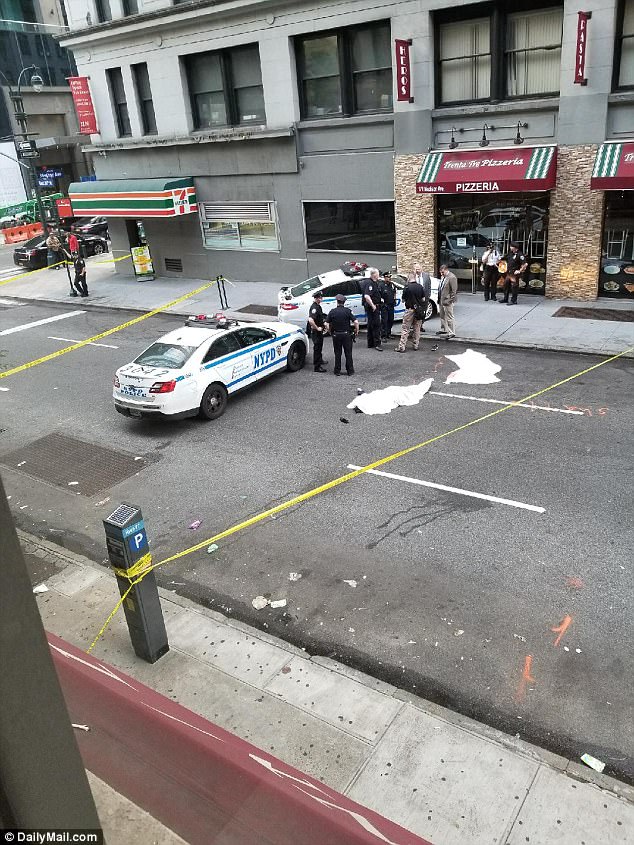 The couple left behind suicide notes in a ziploc bag, that also included their IDs. Police have not released their names yet, but a photo obtained by the New York Post shows part of the letter, and it identifies the woman as Patricia. The note was titled ‘We had a wonderful life’.

A law enforcement source who spoke with the Post said the woman’s note said: ‘Our kids are upstairs, please take care of them’. 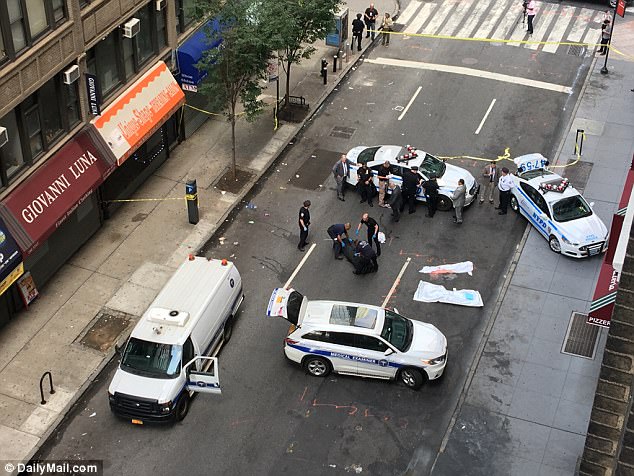 The man left one behind too, which read: ‘We both have medical issues, we just can’t afford the health care.’

The building that the couple jumped from includes offices for law and advertising firms, therapists offices and commercial space. No further information on the couple has been released. It’s unclear how many children they left behind. 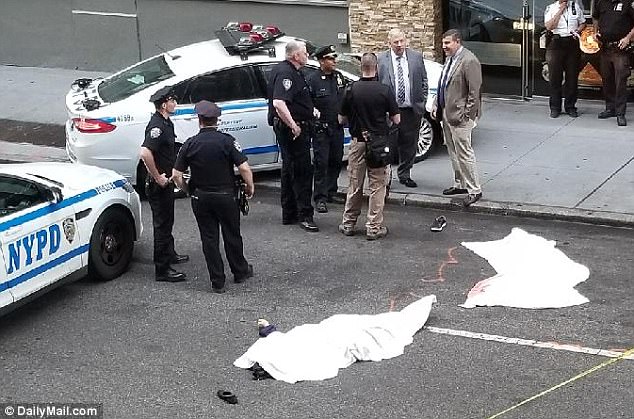 Perry Kim, 49, a worker at Pure Green, a juice shop on the same block, said that he was outside just after 5:30am this morning when he heard an ‘ahhh’ noise and saw two people fall from the top of the building. The man appeared to hit his head and the woman had suffered abdominal injuries. They landed face up to the sky.