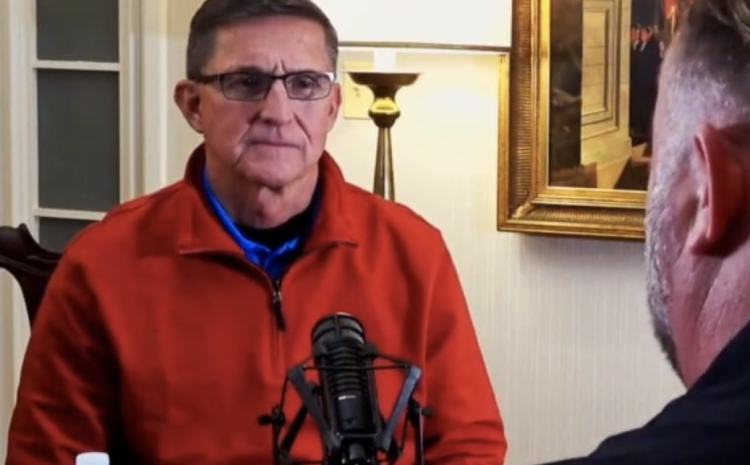 The left must be hating that General Micheal Flynn is out in the news again but it also must be killing them to hear him so vocal too.

The left had hope that they could completely destroy him and he would never show his face in public again, but when you have the truth on your side you have nothing to be ashamed of, right?

This is why General Flynn is out and making statements and predictions of what is to come, especially with the stolen election of 2020.

Flynn knows just as we all do that the election was stolen and they are working hard to prove it to the entire world.

In a recent interview, with the hosts of Flashpoint, Flynn started the interview with a bang.

Flynn began it by saying how Arizona’s Secretary of State who has been on record denouncing the ongoing audit in Arizona has allegedly received over $3 million dollars from private organizations like Facebook.

Then Flynn changed the direction, following that statement up by saying that the entire freedom-loving world has its eyes on Maricopa County.

The entire show is great but Gen Flynn and Byrne are on the last 30ish minutes.
A great interview!

In the video, Flynn also encouraged people to follow Arizona Senator Kelly Townsend on social media for updates on the Arizona audit.

If you would like to watch the full flashpoint episode you can watch it here.

P.S. Donald Trump Jr. is featured on the episode too: