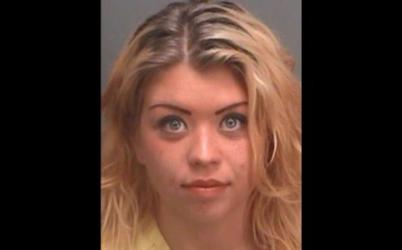 A former waitress at a Palm Harbor, Florida, restaurant was arrested earlier this month for adding additional tips onto customers’ bills. Victoria Bachmann, 21, had been working at the Azona Blue Grilling Company for only a month when the fraud was detected. Police allege that, in total, she made $1074.15 from the scam.

Bachmann’s managers would then pay her in cash for the tips at the end of her shift.

The deception was revealed when Azona Blue attempted to charge the tips from the 134 bills concerned. The restaurant was charged back by the credit card companies because the transactions were fraudulent.

Bachmann was fired from her job on April 10, just a month after being hired March 11.

She was arrested May 5 and faces a charge of grand theft. Police released her on a bond of $2,000, according to the Pinellas County Sheriff’s office. Bachmann made no comment on the charge, and according to media reports, she could not be contacted.