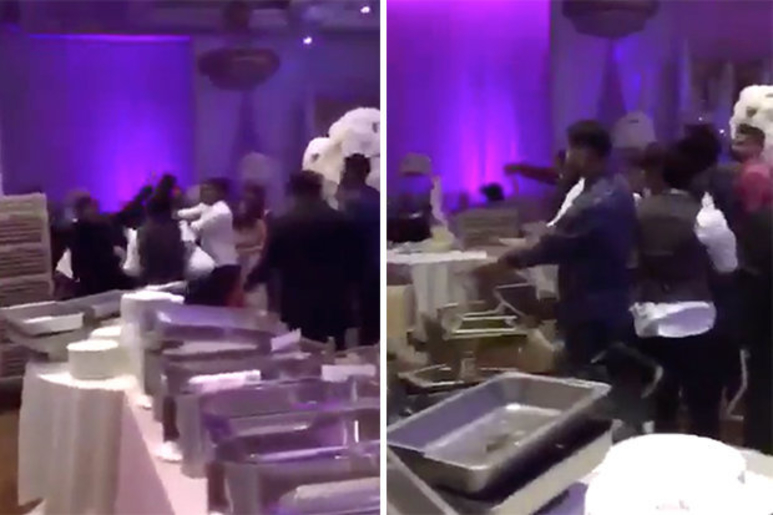 A fairytale wedding quickly descended into a mass brawl after raunchy pictures of the bride were circulated by her ex.

The loving couple were enjoying a wedding day just like any other – tying the knot surrounded by friends and family.
But when the bride’s ex-boyfriend appeared at the reception everything went wrong. walked around the tables of the dinner hall and left photos of the woman giving him oral sex.The bride’s brother incorrectly assumed it was one of the groomsmen who distributed the NSFW photos and started a massive brawl in the middle of the reception.Dramatic video – filmed by the guests – shows smashed glass and turned over chairs as the furious groom and ex battle it out amid shocked screams.

At one point up to five men can be seen beating another in a corner of the hall.
The clip – filmed in Toronto – has racked up thousands of hits since being uploaded to photo and video-sharing site, Imgur, and viewers offered up mixed reactions to the clip.

One Facebook user wrote: “I’m thinking they aren’t going to get their deposit for the reception venue back.”

Another commented: “That’s a really harsh move from the ex. Unforgivable.”

And a third added: “This is just crazy. Can’t believe this sort of thing actually happens.”