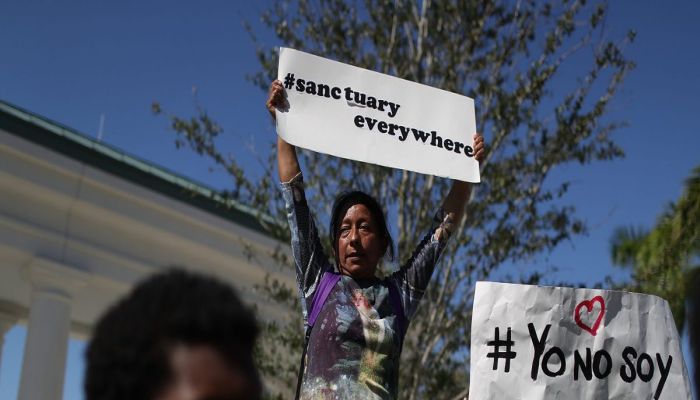 The University of Maryland (UMD) is so concerned about President Donald Trump’s resolve to enforce immigration laws that it is creating a special position to protect illegal immigrants from those laws, Campus Reform reports.

The same taxpayer-funded university that is currently at work on creating a Muslim prayer room in every major building will soon hire an “undocumented student coordinator.” The successful applicant will satisfy student demands last semester for “full-time Undocumented Student Coordinator to advocate for, advise, represent, and protect undocumented and DACAented students,” according to UMD’s Camus newspaper, The Diamondback.

“We are assigning a UMD staff person to … address the immediate needs of the undocumented student population.”

Katie Lawson, a spokeswoman for the university, said UMD won’t be conducting an extensive search for the coordinator but will select one from the existing staff members.

“We will continue to assess the need for staff support moving forward.”

Georgetown University has already moved to create a similar position to ensure that campus illegals are shielded from the law.

Erica Fuentes, a UMD student and the president of Political Latinxs United for Movement and Action in Society informed The Washington Post how an illegals coordinator would assist illegal immigrants with their applications to state schools.

“Applying to a state institution can be difficult for undocumented students,” Fuentes said. “A lot of times college applications require students to disclose personal information about themselves, oftentimes [asking] residency questions and things like that.”

Of course a coordinator would be expected to provide “emotional counsel and support,” Fuentes said, given that “undocumented students face a lot of issues because they’re balancing going to school, oftentimes paying their tuition entirely out of pocket because they don’t qualify for financial aid.”

Lest the new coordinator feel overwhelmed in his or her new job, UMD also has plans to create “an undocumented student work group” and launch a web page to show illegals what kind of resources the university has for their use.

Lawson did not provide any further detail to Campus Reform on the salary being offered for the coordinator position or a complete job description.