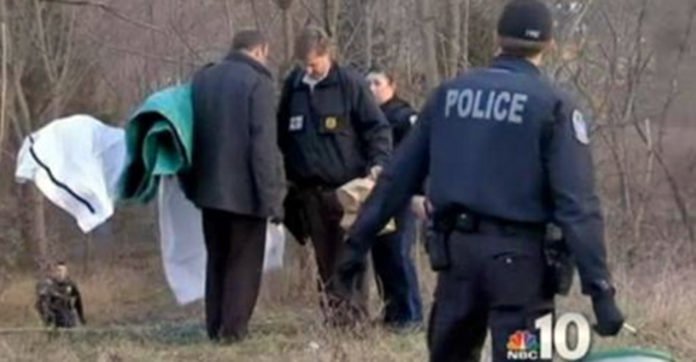 Two men saw a 67 year old man walking in the woods and decided they would rob him.  They were armed with a gun and a stick.  The gun wasn’t even real, it was a pellet gun.  The man with the gun approached the man for money and they fought momentarily.  Then the old man pulled out his concealed carry gun and shot the man in the head, killing him.  His partner ran away.

The would-be robber in this story clearly never heard that saying. He and a friend showed up to rob someone with a fake gun and a stick. One assailant wore a mask and came up to a 67-year-old man in Upper Darby, Pennsylvania.

The robber was reportedly in his late teens, or early twenties then held a pellet gun up and pointed it in the older man’s face. The gunman’s friend stood nearby with his stick. There was a brief physical altercation between the gunman and the older man.

The victim then pulled out a real gun – and shot the attacker straight in the head. He died on scene. The victim has a ‘concealed weapons license’ and has no previous criminal record. He was taken to the hospital after the incident complaining of chest pains.

He is going to make a full recovery. The dead man’s accomplice fled the scene and is still missing. The older man will not be charged with any crime in the incident. The police stated that the man thought the toy gun was real and that his actions were self-defense.