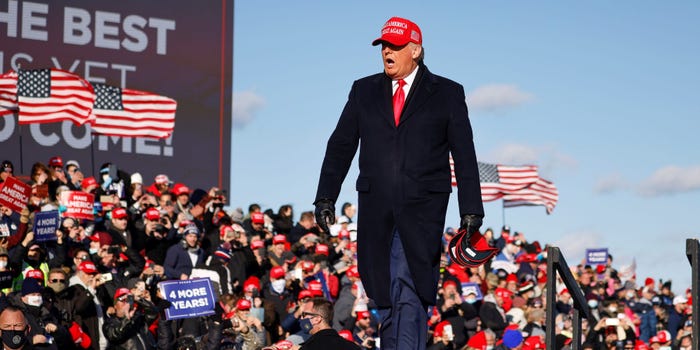 As we loom in the current Biden Administration, the next election will be here before you know it. Donald Trump, while being forcefully censored from all forms of social media, is still considered to be likely to run in 2024.

Trump has been interviewed on different media outlets as well as his own content, and all signs are showing for a 2024 campaign (if not earlier to make a move for the office.)

On a Fox News interview, Donald Trump clears up some ambiguities about his possibility in running in the next election. He also gives some very valid information about who may be running along side him.

“Trump has previously expressed interest in the pro-life, pro-gun, anti-Big Tech governor who has bravely led Florida through the coronavirus outbreak.“

”The Republican governor recently signed legislation cracking down on Communist influence in the United States, targeting countries that seek to exploit universities and businesses. He also has been a staunch supporter of President Trump.”

De Santis is a wise and likely choice for Trump. The next election is Trump’s for the taking, and De Santis may be the edge he needs to conquer that goal.