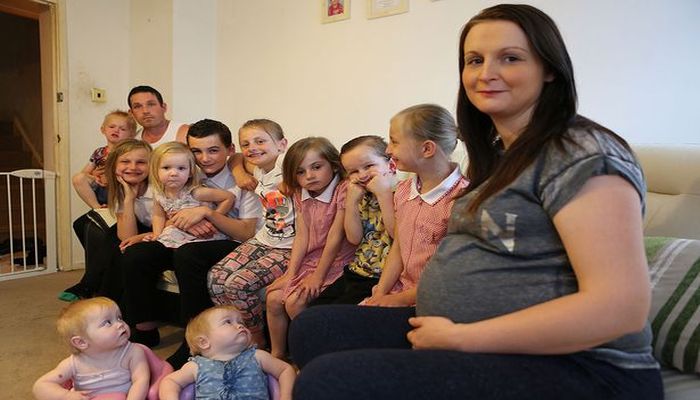 A petition to take away a mother-of-12’s benefits was been signed by more than 13,000 people after she revealed plans to undergo plastic surgery.

Cheryl Prudham receives more than $52,000 each year in benefits from the government. She recently appeared on ITV’s “This Morning” show, where she revealed that she was having breast enhancement surgery, and was looking for a sperm donor to have her 13th baby.

Siobhan Titzell has started a petition to “Sanction Cheryl Prudham’s Benefits.” The petition arnered more than 13,400 signatures over a period of only four weeks.

“Last I checked benefits are there to support those in need, not for plastic surgery procedures!” the petition’s description reads. “What worries me is this woman gets overall [$52,000] from the state and has been on more holidays than I have the past few years and has been parading around in designer goods I can only dream of.

“However just think what that [$52,000] could achieve elsewhere.

“That [$52,000] could be put back in the system and be put towards a breakthrough cancer drug to [be] made available on the NHS, in fact it could be used for the NHS in general as it is currently in crisis or it could simply go to others who are in need of benefits and are simply unfit to work through no fault of their own.”

Prudham also revealed on the show that she works part time on purpose so that she can avoid the $34,000 benefits cap.

“This woman works under 16 hours so that she avoids the benefits cap so she is clearly fit to work [while] others are not so fortunate,” the petition added. “I am all for the benefit system as it helps people in so many ways but when it is being used for cosmetic surgery and not being [put] towards your children to feed them and clothe them I see this as abuse when there are people in serious need.

“Children should not be used as weapons for selfish gain.”

Still, Prudham defended her choices, claiming she had “nothing to be sorry for.”

“I don’t make up the rules at the end of the day and I am not the government,” Prudham said on “This Morning,” reports Daily Mirror. “If that’s what they are giving me I am going to take it. So if I can have another child and the government is allowing me to do that, I am going to do that.”