It’s typical to encounter items left behind by the previous owner while moving into a new place.

It’s reasonable to say, though, that the majority of people wouldn’t be anticipating finding a Cold War-era bunker “hidden in the master bedroom”. However, one home built in central California in 1951 has a lot more than meets the eye.

Jennifer Little has posted a video of a bomb shelter constructed beneath the California house during the Cold War. When there is a manhole cover within the master bedroom that leads to this incredible bunker. Estate manager Jennifer Little has been providing video tours of the bunker because it is so unique. The shelter has two bunk beds, a bedpan, and an old weight-loss device that was common in the early 1950s.

On March 8, 2021, Little, who uses the TikTok handle @Kitty Girl California to upload videos, started sharing videos about this Cold War bunker. Little received a flood of requests for additional video tours of the incredible nuclear fallout shelter that was accessible through the bedroom’s manhole cover shortly after she uploaded her initial clip. 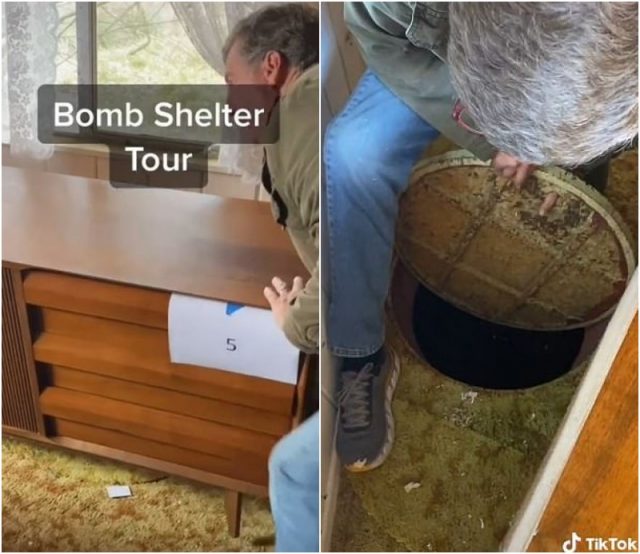 Little asserts that despite the shelter’s apparent uniqueness, things were “quite regular” at the time because the globe was still suffering from the devastation caused by the two nuclear bombs unleashed on Japan.

The hole opened up to a ladder that led down to the shelter which had bunk beds, a urinal, and jars of expired items.

“The piece of furniture covering the entrance weighs about 400 pounds (180kg), they had hidden ventilation that you couldn’t see in the wall, they used a manhole cover for the entrance,” Little said in one video.

“After 50 years it was clearly not weathertight but we still found some treasures.”

“I’m not sure why they built it this way. You’d have to leave the bomb shelter to go into the storage room,” she said. 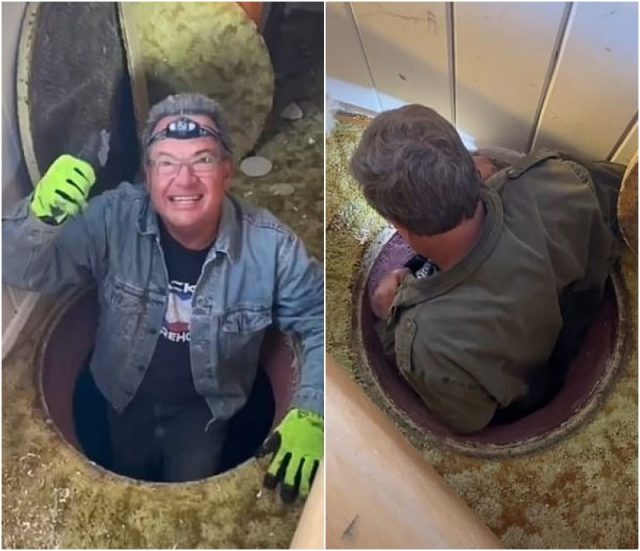 The original occupants constructed ventilation into the walls of the house in addition to a secret bunker to ensure that they could remain underground for a protracted period of time in case Russia intended to bombard America during the Cold War.

Sadly, there were certain flaws in the bomb shelter’s construction. When she descended to check and record a video for TikTok, water started seeping into the foundation. 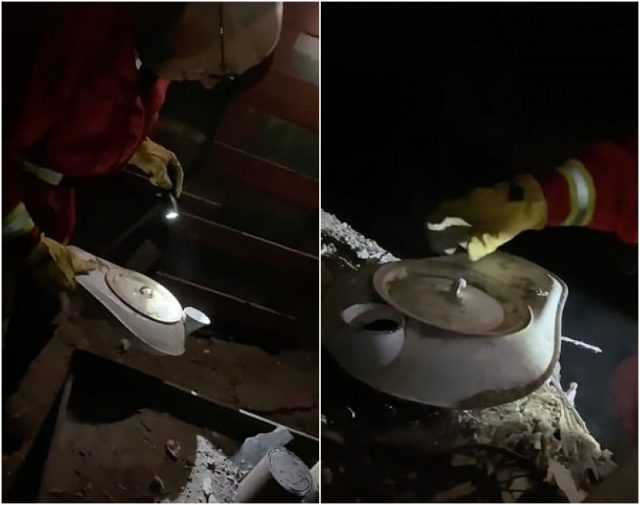 In another video, Little described how, given that the house was constructed in 1951, the bomb shelter was “quite common back then.”

“People were so afraid of a nuclear bomb happening on the California coast, especially in central California because it’s so exposed,” she said. “The shelter has beds and ventilation as well.”

Given the state of the shelter Little believes “nobody’s been in there for 50 years”. 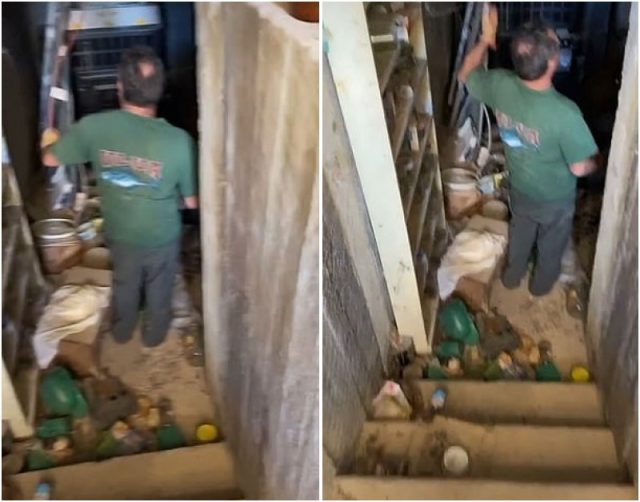 Little’s videos have had millions of views, with people both fascinated and terrified by her discovery.

“All fun and games until you hear ‘hehehe’ at 2am,” one person wrote.

“All these little hideaways cool when it comes to old houses, but then I think about the ghosts,” another said.

“Well if there is a zombie apocalypse, at least y’all be safe,” another person joked.

Another wrote, “My claustrophobia just went through the roof!”