When it comes to golf, Paige Spiranac hasn’t been hesitant to experiment, either on the course or on social media.

On the course, the former professional golfer likes to stay comfortable. The former golfer for San Diego State University and the University of Arizona frequently gains popularity on social media for her golf-related attire.

However, the Ladies Professional Golf Association (LPGA) later released a new dress code policy that greatly restricts female athletes’ apparel choices on the golf course. Players like Paige Spiranac were then warned about the upcoming policy. 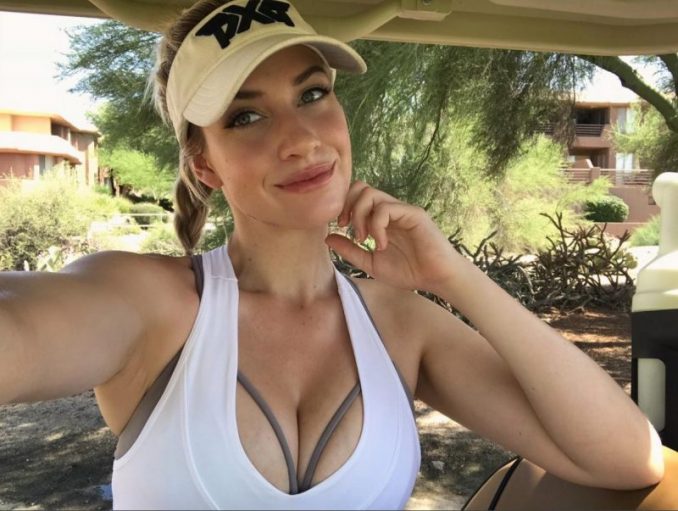 The new regulations restricted the short skirts, leggings, and plunging necklines that are popular among female athletes. Additionally, any violations might result in a $1,000 fine for golfers, which doubles with each infringement.

In the statement of the Ladies Professional Golf Association (LPGA), the organization wrote:

“Among the new rules: no leggings (unless worn under shorts or a skort), joggers, or anything with a plunging neckline. I respect and understand that golf is enveloped in tradition and that certain rules and regulations must be upheld. But as both an ambassador for golf and an advocate for the continued progress of women’s rights and equality in society, fear that these new rules are stifling the growth of the women’s game.” 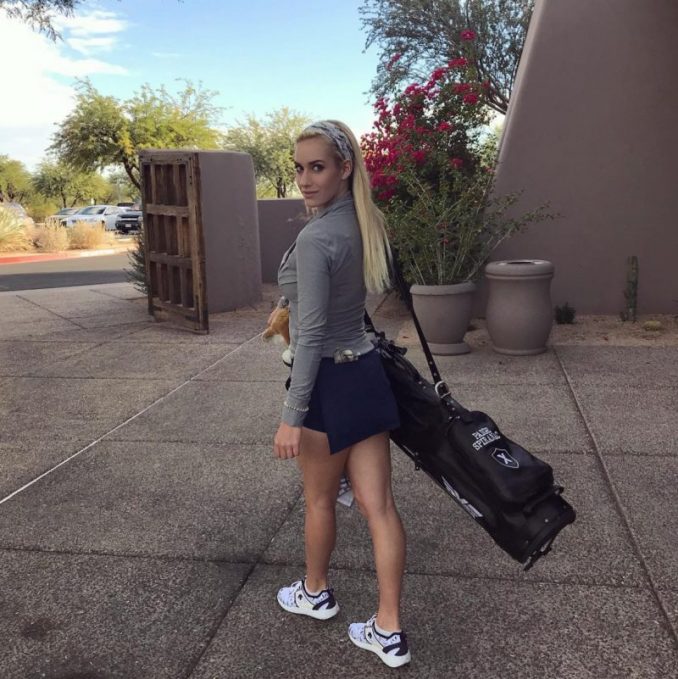 However, the new dress code made some female golfers unhappy it meant that they would have to get rid of much of their athletic attire. Many women commented that it is counter-intuitive to prohibit racerback tops, joggers, and other cozy gym attire for a sport that requires physical exertion. With Some even pushed back on the new rules.

According to reports, some people think the new dress requirement is a throwback to the time when women were forbidden from hitting the ball farther than 80 yards because the stance needed for such a swing was unattractive to a lady wearing a dress.

“As both an ambassador for golf and an advocate for the continued progress of women’s rights and equality in society, I fear that these new rules are stifling the growth of the women’s game,” Spiranac said.

24-year-old Spiranac was among the first to protest the LPGA’s new clothing rule, saying it doesn’t consider the comfort of female golfers and might make women feel self-conscious about their bodies.

“In other professional sports, uniforms have evolved to contemporary cuts and materials designed to meet athletes’ elevated physical demands. Pole vaulters, for instance, often jump in sports bras and briefs to allow for maximum limb movement, while limiting the amount of clothing that could catch the bar,” the female golfer added.

“Tennis players wear sleeveless tops and skirts with spandex shorts so that they can hit, reach, and lunge for the ball effectively. Similarly, in order to perform at the optimal level, golfers need to be able to rotate, extend, crouch, and bend, often in extreme weather conditions for up to five or six hours at a time.”

Heather Daly-Donofrio, chief of communications and tour operations, “The dress code requires players to present themselves in a professional manner to reflect a positive image for the game,” adding that, the Ladies Professional Golf Association is still standing by their dress code.

She added, “While we typically evaluate our policies at the end of the year, based on input from our players, we recently made some minor adjustments to the policy to address some changing fashion trends. The specifics of the policy have been shared directly with the members.”

But in all fairness, the fans shouldn’t be able to see your “bottom area” because that’s a totally other kinds of entertainment. Well, many ladies may have been offended by the words used in the dress code.

For instance, the dress code states that “Plunging necklines are NOT allowed” and that “Length of skirt, skort and shorts MUST be long enough to not view your bottom region”

Watch the videos below for more details: