A Tennessee mother was arrested on Wednesday and charged with incest, while her husband was accused of helping her commit the crime. Barbara Jo Tipton, 33, and her husband Bobby Gene Tipton, 44, were arrested at their home in Erwin after Unicoi County Sheriff’s detectives carried out a search warrant on the house.

Barbara, who appears to be a mother of two according to Facebook, was arrested on the more serious charges of incest, statutory rape and soliciting sex from a minor. She is being held at the county jail in lieu of $150,000 bail.

Her husband was also booked into jail on charges of criminal responsibility for an act of incest, meaning he either helped or didn’t do enough to prevent the crime from happening. He also faces charges of facilitating statutory rape and domestic violence and is being held on $100,000 bail.

Both are due back in court next week for a hearing.

No further details about what led to the Tiptons arrest have been released. DailyMail.com reached out to the Unicoi County Sheriff’s Department Thursday afternoon for the arrest affidavit but did not immediately receive a response.

According to posts on Facebook, Bobby is from Erwin while his wife is from Wisconsin.  She posted that she ‘met someone’ in March 2006, and then five months later listed that she had moved to Tennessee. 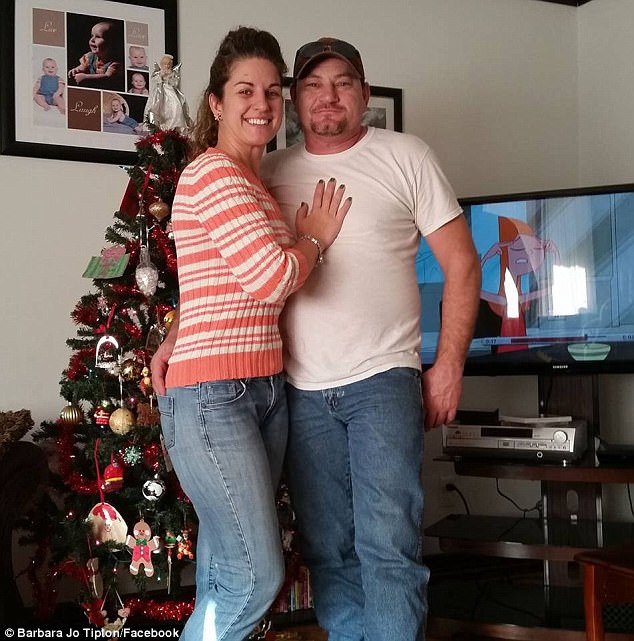 ‘He just couldn’t get that girl with the hat on, out of his mind…lol!’ Barbara wrote in the post.

It’s unclear how the two met. Public records indicate that she has been living at the home where she was arrested since she moved to the state.  Three months after she moved to Tennessee, the two got married.

Barbara also marked the birth of two sons on the social media site. Her first son, who has a different last name than her, was born in April 2000 – two years after she started high school in Boyceville. That child is now 17.

Four years after moving to Tennessee, she marked the birth of another son, who has Tipton for a last name. That son is six years old. Facebook posts also indicate that Bobby has children from previous relationships, but it’s unclear how many. 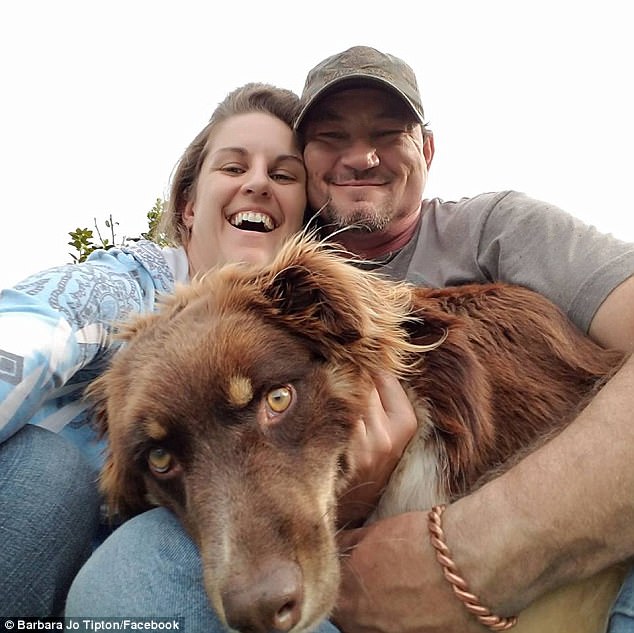 Other posts point to Barbara being religious. Next to a post about quitting smoking, she said she did it ‘with God’s help’. She also posted about an event at a local Baptist church.

Barbara lists that she graduated from high school in August 2002 – an unconventional five years after she started. But that may be due to the fact that her older son was born half-way through schooling.

The same months she says she graduated high school, she posted about starting accounting courses at WITC New Richmond. When she moved to Tennessee she started studying to be a licensed practical nurse at the Tennessee College of Applied Technology, graduating in August 2015.