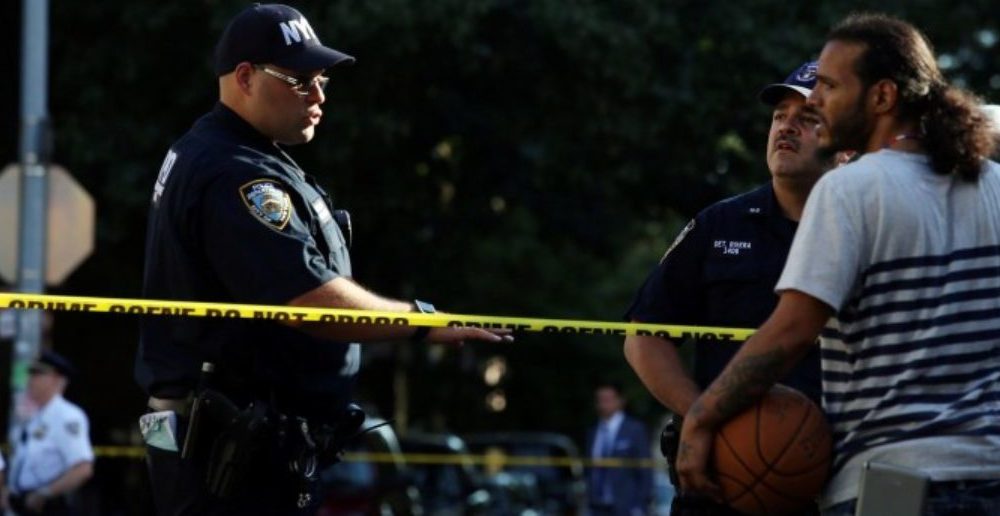 The Bronx teenager who blared “Fuck Tha Police” during the funeral for an assassinated New York officer was kicked out of his apartment this week.

The building’s superintendent, Danny Morales, told the tenant who was housing Julien Rodriguez and his older sister to boot them out, the New York Post reported Friday.

“I called him and told him he needs to take care of this right away,” Morales told the New York Post. “I told him it’s disrespectful and they can’t be doing this. The police lost a family member. We all need to come together and respect that.”

Rodriguez decided to play the NWA song from the third story apartment window during the funeral service for slain New York Police Department (NYPD) Officer Miosotis Familia. Familia, a mother of three, was shot in the head while sitting in her squad car July 5 by a man who reportedly expressed anti-police sentiments.

Rodriguez played the song out of revenge for his brother and best friend who were reportedly shot by cops, something the New York Post could not confirm. The tenant housing Rodriguez and his sister said he wasn’t responsible for Rodriguez’s actions.

“They’re gone. The case is closed. They’re no longer in my house. I don’t know where they went,” the man, identified as Jesus, said.

Morales was also offended by Rodriguez’s actions because his nephew is a NYPD officer.

“I wouldn’t want to see him lying in a box also. We need to respect the police,” he said.

Content created by The Daily Caller News Foundation is available without charge to any eligible news publisher that can provide a large audience. For licensing opportunities of our original content, please contact [email protected].