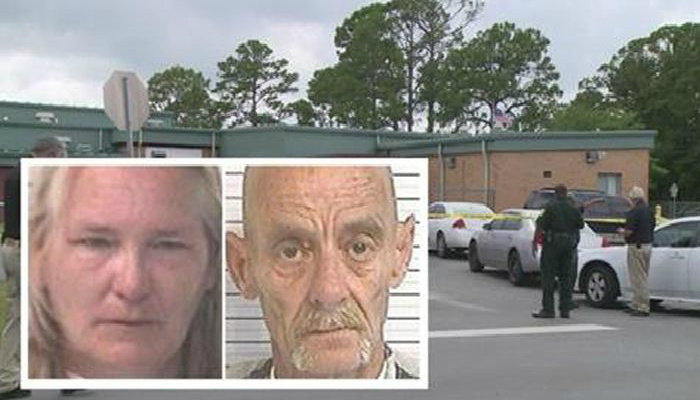 A Panama City Beach, Florida, couple was arrested after their 6-year-old child’s teacher found bed bugs in his hair and lunch.

Helena and James Jones were arrested and charged with child neglect after the teacher’s findings – which lead authorities to discover that not only did the boy weigh just 37 pounds when he was found, but he was also not potty-trained and often came to school in soiled diapers.

In addition, it was found that the boy was overmedicated and that the medication was affecting his ability to walk.

“Not just the fact that he is extremely underweight, but there is concern that he is being overmedicated so defendants can more easily supervise him,” deputies wrote in a report. “The overmedication is contributing to his health issues and is keeping him from learning at school.” School staff had reportedly removed bed bugs from the boy’s hair several times over the course of a year.

Just weeks before the Jones’ were arrested, their house was condemned following a bed bug infestation. The boy’s bed was infested, and blood was found on his sheets from bites. He also defected blood, which authorities believe was due to the medication his parents were giving him.The family moved back into the condemned home after they were told to leave, AL.com reported.

Many readers expressed outrage and sadness over the incident.

“Terrible. Poor child. School continued to give him meds. How could they let this child suffer so? Monsters he lived with probably knew nothing would be done by the school. I hope and pray the rest of this child’s life will be a good and caring one. Can’t stop the tears,” one Mad World News reader commented on the site’s Facebook page.

“What has happened to the human population! So many, so called people, are regressing instead of progressing in society! Sickening that children, elderly and animals are the targets of degenerates! Heartbreaking ! Let’s go, lawmakers, not only should laws be harsher, but they should be enforced!!!” another added.

Some placed blame on the school, saying that teachers should have been more aware and concerned about the child’s condition and contacted authorities earlier.

“I can’t understand why the teachers and staff didn’t do anything about this situation. Personally, I think that all personnel at his school should be prosecuted also. Normally the school system is quick to accuse parents of abuse but in this instance, they turned their heads to this poor little boy,” one reader wrote.

“You know that’s not the first day he went to school and look that. That’s just the only day they did something about it. I don’t understand why they sent him home they should have called the authorities right then and there and kept them in the office. No child wants to live in filth or being eaten by bed bugs. The teachers and their parents should be ashamed of themselves,” another added.