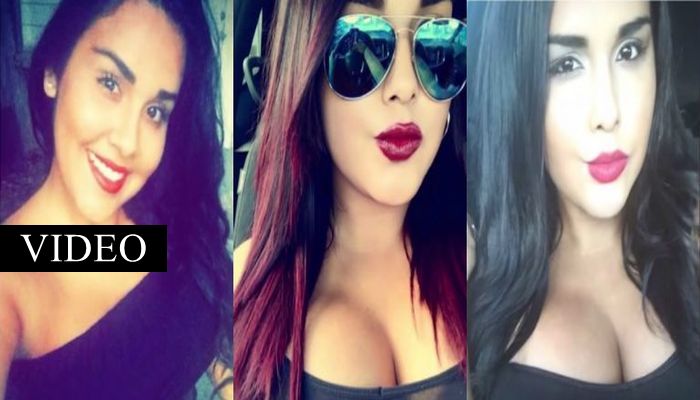 The 24-year-old female middle school teacher in Houston busted for having a torrid, months-long romance with a 13-year-old male student — and getting pregnant with his baby and then having an abortion — has been sentenced to 10 years in prison.

Police arrested Vera back in June on a charge of continuous sexual abuse of a child because, police said, she had sex “on almost a daily basis at her home” with the unidentified youngster. The daily sex went on for about nine months, according to a police affidavit.

The judge handling Vera’s case, Michael McSpadden, advised her in open court that he wanted her punishment to be an example for other teachers out there who may think it’s a good idea to have regular sex with 13-year-old students.

Vera had already agreed to a plea deal in November. The lesser charge to which she pleaded guilty is aggravated sexual assault of a child.

Prior to taking the plea deal, Vera had admitted to investigators that she had engaged in the affair with the student, according to Houston NBC affiliate KPRC-TV.

Prosecutors sought a 30-year sentence, which is the maximum sentence under the lesser charge.

Vera’s attorney called a clinical psychologist, Karen Lawson, who testified that Vera witnessed domestic abuse as a child and experienced a series of bad dating relationships.

Lawson described Vera as “accomplished,” noting that she had worked jobs continuously since she was 14, paid her own way through college, purchased a home when she was 21 and cared for her little brother as well as her own 6-year-old daughter.

Additionally, Lawson said she believed that Vera truly loved her 13-year-old paramour, according to KHOU.

At times, the student’s father feigned a relationship with Vera to prevent suspicion that his 13-year-old son was actually having sex with her.

Also, the student’s family — and other Stovall students’ families — attended court proceedings as a show of support for Vera.

Before her brush with the law over allegations of the torrid, baby-making affair, Vera taught at Houston’s Thomas J. Stovall Middle School.

Prosecutors say Vera and the unidentified, 13-year-old student began their courtship with some flirting, a bit of texting and the requisite exchange of digits during summer school in 2015.

In September, according to court documents, the student asked Vera if they could spend some quality time together off campus.

Vera obliged, according to an investigator. She drove to the student’s house and picked him up. They cruised around town. They made out.

The following day, a probable cause document explains, Vera returned to the student’s house. His parents were gone. And so the pair had sex for the first of many, many times.

The sex continued — “on almost a daily basis at her home,” the court document says — from mid-September until January of this year.

Investigators also found raunchy photos of Vera and the 13-year-old student on her cell phone.

In October, the student’s parents attended an open house at Stovall Middle School. They met Vera.

Next, the probable cause document states, Vera headed over to the student’s house and announced to his parents that she was his girlfriend.

According to the probable cause document, the parents were “accepting of their relationship” and invited her over to the house for “family gatherings.” They also allegedly approved of his daily ventures to her quaint suburban home, where he would frequently spend the night.

The house was a fiesta atmosphere.

“She was having a lot of kids in her home,” a neighbor told KHOU. “There was drinking in the front.” There were empty beer cans on the lawn.

The neighbor also said that Vera’s guests “did not look older than high school, maybe.”

Vera said her 13-year-old paramour was her toddler daughter’s brother, according to witnesses.

In January, Vera, who is already the mother of a young child, allegedly became pregnant. The 13-year-old student was apparently the father.

Vera allegedly told the 13-year-old student’s family about the bundle of joy.

The 13-year-old student’s family was “very supportive and excited about the baby,” according to the probable cause document.

Vera ended up having an abortion, the document says, after officials with Houston’s Child Protective Services showed up at Stovall Middle School to investigate allegations of her relationship with the 13-year-old male student.

The student with who Vera had all the sex is now 14. For at least some period, he had been living with a foster family.

The teen’s parents, who have three other children, have not been charged with any crimes. However, they have been ordered to undergo parenting classes.

For her part, Vera will be eligible for parole in five years.