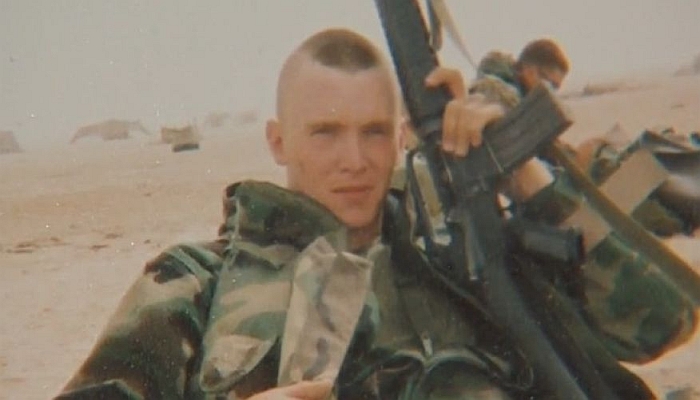 Casey Owens’s story of valor was stolen by another Marine in his unit. (WFAA-TV)

A former Marine who stole a combat veteran’s story of valor and scammed the government out of a house and benefits is facing 21 years in jail for his crimes, WFAA reported.

The family of Casey Owens, a Marine who lost both of his legs in 2004 when his Humvee hit an anti-tank mine and then killed himself after a decade of pain and fighting the Veterans Administration, tells the station that Brandon Blackstone is no hero for what he did.

“It took my breath away that someone would do something like that,” his sister Lezleigh Owens Kleibrink of Trophy Club, Texas, said.

Blackstone, of Arlington, recently pleaded guilty to defrauding the government. He faces sentencing in February.

Blackstone and Owens were in the same unit in Iraq.

His deception unraveled when he showed a picture of the mangled Humvee to one of Owens’ Marine buddies who witnessed the explosion.

“The only thing I can figure out is that he convinced himself,” Kleibrink told the station, referring to Blackstone.

She said she will attend the sentencing with her mother.

“I just want it to be a closed case so that these guys know their Marine is OK,” she told the station, referring to her brother’s unit pals. “He’s standing at the gates of Valhalla. And he’s proud of them. And they’re proud of him. That’s what matters most to me.”

WFAA reports that for years Blackstone told audiences how he earned a Purple Heart when his Humvee ran over a land mine, leaving him with a traumatic brain injury.

The VA paid him monthly disability benefits and a charity bought him a house, the station reported.

In truth he left Iraq with appendicitis.