Shocking footage shows group of high school bullies savagely beating a girl, 12, in the bathroom and leaving her with severe head injuries

The shocking moment a 12-year-old girl was beaten by a bully and left with severe head injuries in a school bathroom has been captured on camera.

Hollie King, the girl’s mother, said her daughter was bashed and left bloodied on the floor on April 14 at around 11am.

King’s daughter, who has not been named, is seen being slapped across the face by another student at the start of the short video. 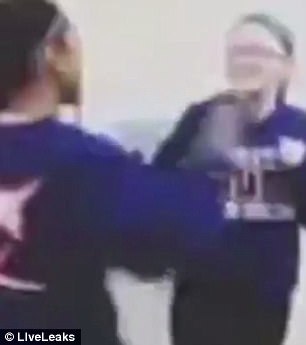 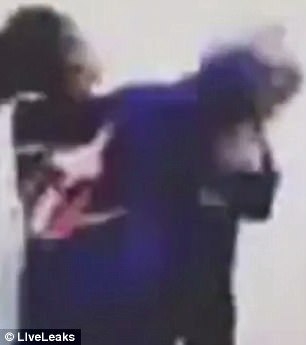 The girl then pulls her down, and begins unleashing punches on the back of King’s head.

A few seconds later, the bully appears to drag the 12-year-old until she drops to her knees.
At that point, the attacker is then seen delivering another series of blows to the face.

‘When I took her to the emergency room, they told me she’s lucky she didn’t have internal brain bleeding,’ Hollie King said Wednesday.

The 12-year-old reportedly suffered a separated shoulder, in addition to a number of head wounds, in the attack. 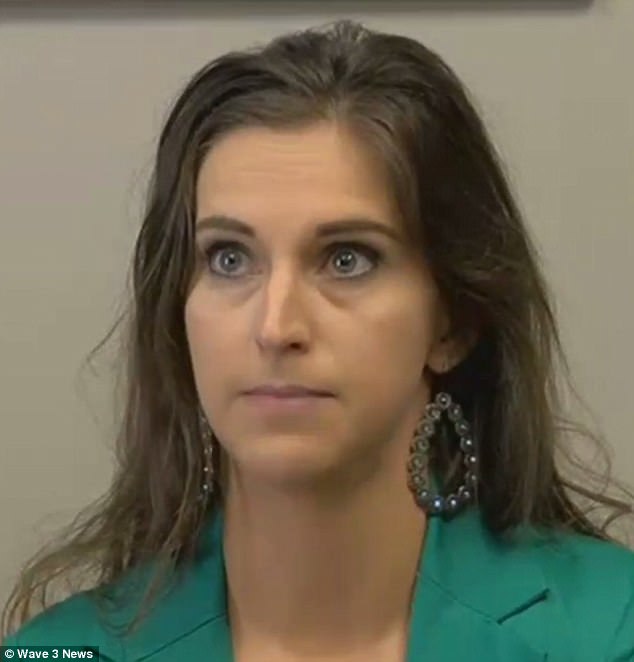 Hollie King (pictured), the girl’s mother, said her daughter suffered a separated shoulder in the beating

King has also blasted the middle school for not acting quickly enough, claiming she and her daughter’s father were not told about the attack until Monday – 10 days after the incident took place.

The furious mother told Wave3 she was then not shown the video until Wednesday, at which point they filed a police report against their daughter’s alleged attacker.

The King family is now joining up with seven others from the school as part of a lawsuit claiming Crosby has not done enough to create a safe environment for students. 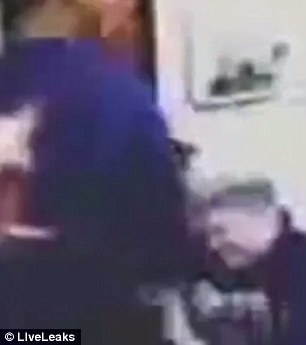 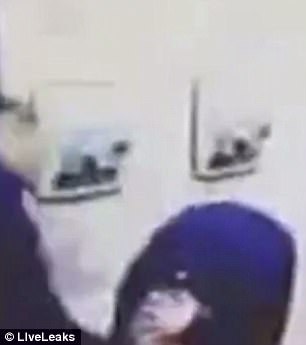 King’s daughter, who has not been named, is seen being slapped across the face and then knocked to the ground by another student in the short video 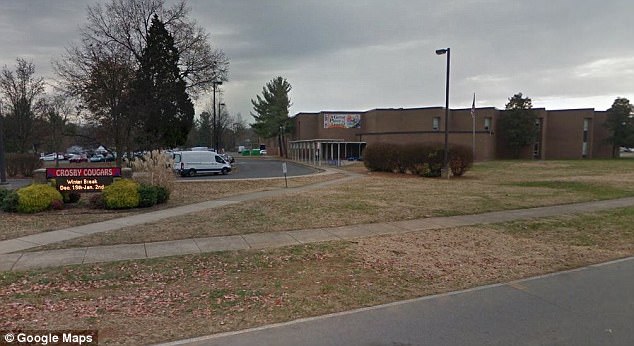 The suit, which was filed in December last year, claims there is a ‘survival of the fittest’ environment at the school on account on bullying being allowed to take place.

Teddy Gordon, the lawyer representing the families, told reporters on Wednesday: ‘No children, no grandchildren are safe at Crosby Middle.’

Wave3 claims the school had the highest number of suspensions for students in the Jefferson County Public School system, with 421 pupils punished.

The lawsuit is seeking damages from Jefferson County to cover medical and psychiatric bills, as well as the cost of switching children into private schools.

School bullies are becoming more and more prevalent in schools across the country.  Every other day we hear another story about class bullies beating down on other students.  Is it any wonder things have gotten out of hand after 40+ years of schools worrying more about lawsuits due to disciplinary measures against students and racial lawsuits by the parents of students who know a school district would rather make the problem go away rather than fight and defend their teachers.  It’s now getting out of hand, and it may be too late to contain it.