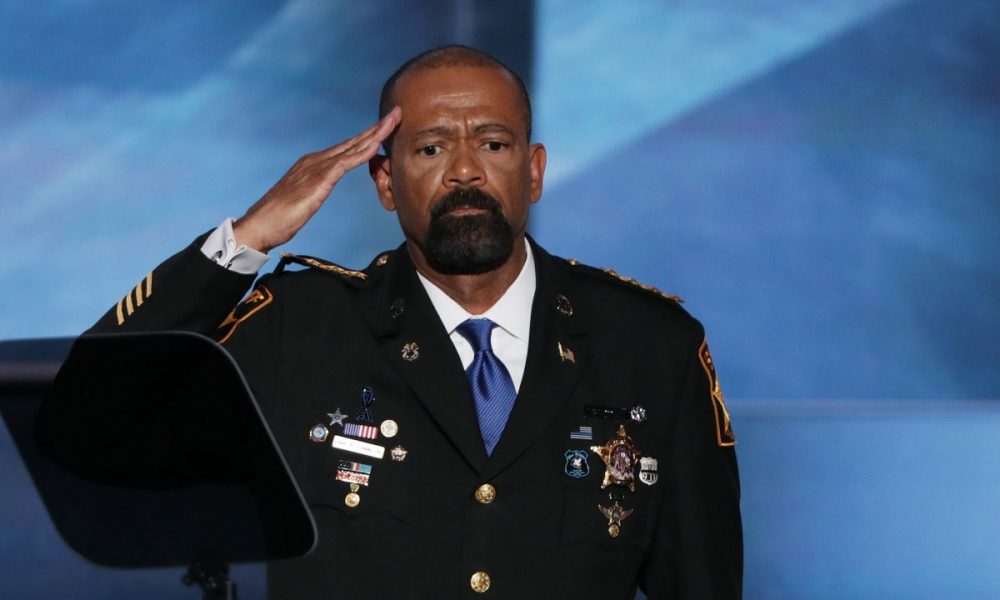 In a move that has long been rumored, Sheriff David Clarke has been appointed as a deputy secretary of the DHS.  Clarke announced that he was offered the job and that he had accepted it.  This move will anger liberals because Sheriff Clarke is anti-illegal immigrants.  You can expect to see him take a hard line stance against Obama era of open borders.  In fact, I would be surprised to see him working on the wall himself.

Milwaukee Sheriff David Clarke said that he is accepting an appointment by President Donald Trump to a deputy secretary position at Department of Homeland Security. He revealed the news while speaking to radio host Vicki McKenna on her show Wednesday.

“This is a huge undertaking,” he said to McKenna, “I’m almost overwhelmed just with the thought of it, but at the same time, I never shy away from a challenge. You know I said from the beginning after President Trump was elected, if asked to serve, I would, and it’s just time to move on to my next chapter in law enforcement.”

Clarke has become a social media sensation with his often-fiery and very conservative commentary on politics. He is a frequent guest on Fox News shows commenting about law enforcement and race issues. He has also been a vocal supporter and fierce defender of Trump.

He told McKenna he was “humbled and honored” to accept the position. He would be leaving his position as sheriff of Milwaukee in June, he said, but he would not give an exact date.

Clarke has been criticized by some in the past for allegedly neglecting his duties as sheriff in order to cultivate his national presence.