After achieving the “biggest breasts in the US,” a social media influencer Neyleen Ashley based in Florida now would like to remove them from her body.

33-year-old Neyleen Ashley underwent three boob jobs to attain the “biggest breasts in the US” but now wants her massive breast implants removed because they are causing too much pain despite her of dreaming having the biggest breast. 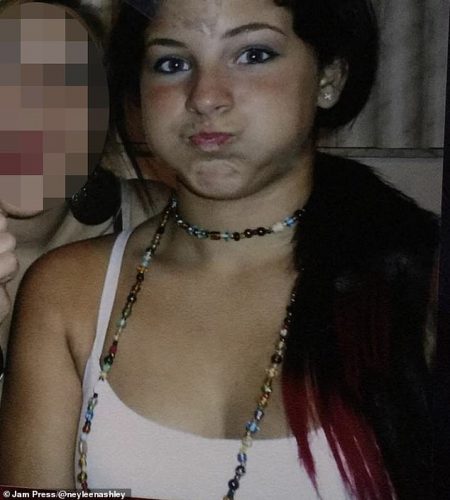 Although the FDA does not have a legal limit on how large breast implants can be, most plastic surgeons will not go beyond 450 to 500 CC during surgeries, but in Ashley’s case, she received 1,250 CC, which equates to a G or H cup size. 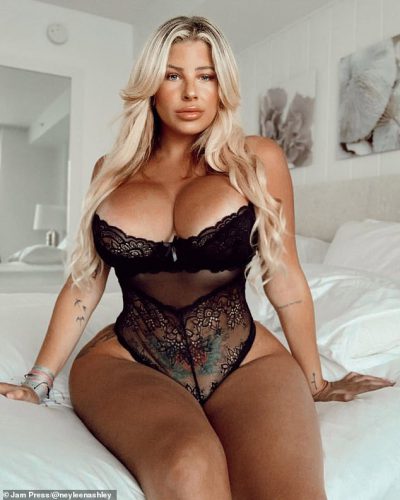 She admitted that the enormous weight of her implants has left her in constant pain, suffering horrific migraines, and agonizing tension in her shoulders, back, and neck.

“I’ve always suffered from horrific migraines, but they got worse three years ago,” Neyleen said. “Almost every day, my upper shoulders and tendons have a lot of tension, and it feels like my shoulders and neck are stretched. My boobs also stop me from running and exercising. I plan on getting my implants completely removed and doing a fat draft, or just getting a smaller implant instead.”

The implants — which have cost more than $17,500 — also stop the stunning starlet from being able to properly perform her workout routine, and she now wants them gone.

“I plan on getting my implants completely removed and doing a fat draft, or just getting a smaller implant instead,” Ashley said.

“Several doctors have advised me that it will be major surgery, where I will have a lot of scarring and tissue removed,” she added. 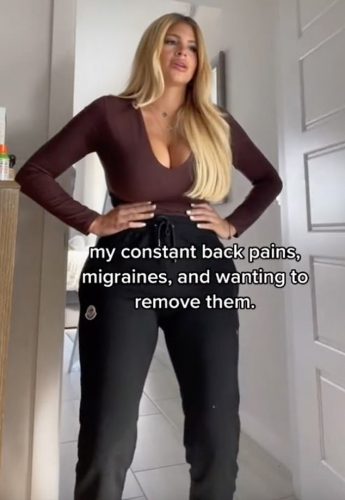 Neyleen shared her struggle and pain on TikTok where she received hundreds of thousands of likes and mixed reactions among social media users.

“Why would u want them.”

“Idk man I think you’d be just fine without them”

“every time I see your videos I fall more in love.”

“If u want to, get rid of em. It is ur health and that’s what matters,”