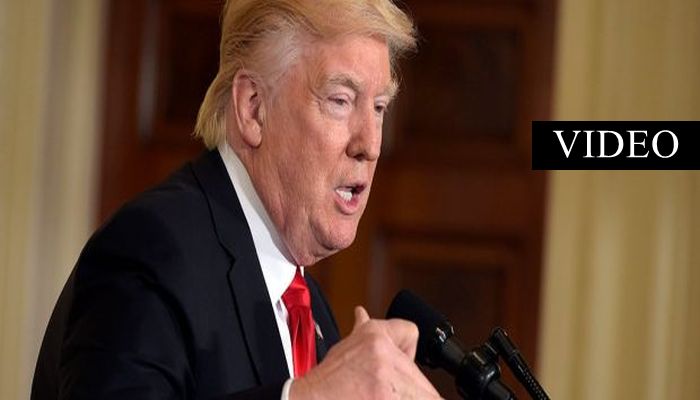 President Trump said the media treats him so unfairly that “it’s hard to believe that I won.”

“But the fortunate thing about me is I have a big voice,” Trump said during an interview Friday. “I have a voice that people understand. And you see it now.”

After the president’s chief strategist Stephen Bannon lashed out at the media — “they should be embarrassed and humiliated and keep its mouth shut and just listen for a while” — Trump echoed his sentiments in an interview this week.

“I think the media is the opposition party in many ways,” Trump told the Christian Broadcasting Network.

“I’m not talking about everybody, but a big portion of the media, the dishonesty, total deceit and deception. It makes them certainly partially the opposition party, absolutely. I say they treat me so unfairly it’s hard to believe that I won.”