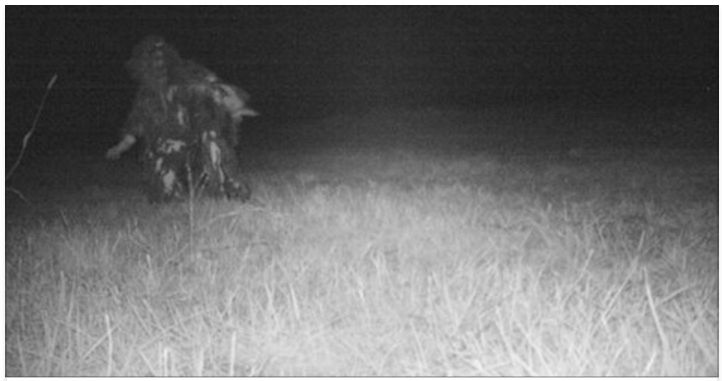 Gardner Police Department in Kansas set up trail cameras in Celebration Park recently after reports of a mountain lion in the area.

But rather than capturing shots of the elusive creature, the cameras captured some unexpected images, according to the Kansas City Star. A picture of a skunk was one of the more normal photos taken by the cameras.

One of the images showed people dressed as monsters, while another featured Santa and either gorillas or abominable snowmen.

Others featured wrestling lions and there was one of an old person with a walker, carrying what looks to be a bow and arrow.

Although the police were unable to track down their original target, they took the joke in good humor.

“We would like to sincerely thank the persons responsible as it made our day when we pulled up what we expected to be hundreds of pictures of coyotes, foxes and raccoons. Thank you to the citizens who noticed the cameras. Your effort and sense of humor are greatly appreciated,” they wrote on Facebook, BuzzFeed reported.

A day after the pictures were uploaded to Facebook, over 138,000 people had viewed them.

“I would just say thanks. We don’t always get fun things like that to look at and people aren’t always as respectful as they were,” Lieutenant Lee Kraut told KMBC.