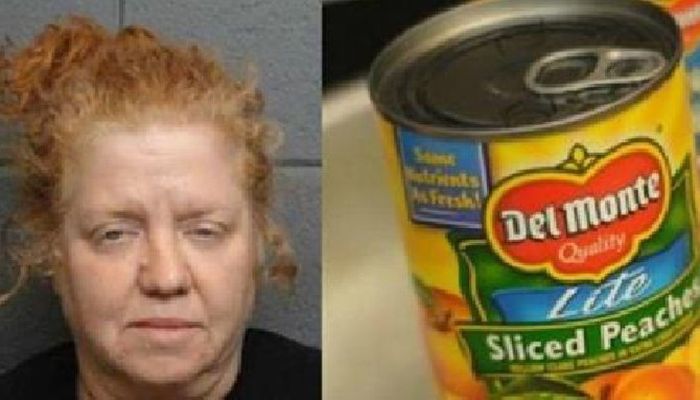 Police apprehended a woman last week after she allegedly hid 1,000 doses of meth inside of a fake can of peaches.

Police initially pulled Lorrie Dianne Klein, 46, over in Forsyth, Georgia, for a cracked windshield and not staying in the same lane, Forsyth News reports.

Upon investigating the vehicle, they discovered 98 grams of meth as well 10 grams of marijuana. They also found “multiple drug-related objects and $519 in U.S. currency.”

Klein reportedly later admitted she intended to sell the drugs.

The woman now faces a combination of drug-related and traffic charges. She is currently being held in jail without bail.

This is not the first time police have busted somebody for drug possession in unusual circumstances.

“If you have recently purchased meth or heroin in Central Texas, please take it to the local police or sheriff department so it can be screened with a special device,” said the post. “DO NOT use it until it has been properly checked for possible Ebola contamination! Contact any Granite Shoals PD officer for testing.”

While most saw the joke in it, Chasity Hopson, 29, took it seriously. She presented her methamphetamine for an Ebola inspection to the police officers and promptly was arrested.

“Please continue to report any possibly tainted methamphetamine or other narcotics to the Granite Shoals Police Department. Public health and safety continue to remain our #1 priority. #notkidding,” the department later continued to joke.

Authorities explain they were trying to improve public perception of police officers.

“The current atmosphere in this country, at least according to the news media, is anti-police,” Sgt. Chris Decker wrote. “This career can eat your soul. Law enforcement continually ranks as the profession with the highest rate of suicide, divorce, and substance abuse.”

Yet some took issue with what they deemed the “unprofessional” post, like a former deputy sheriff who posted about her upset online. She said while she got the joke, it was insensitive.

“But maybe that’s because that 1% of us that didn’t find it humorous are part of that club that no one wants or should belong to. The families of addicts,” she wrote.