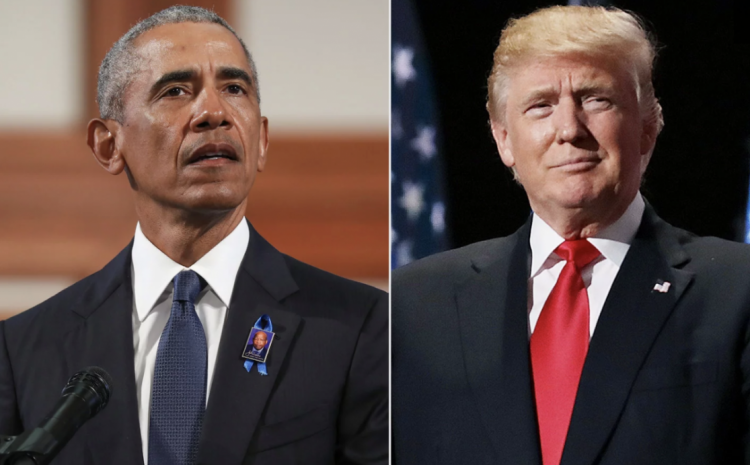 Not sure if you remember the video that made its rounds last year called “Plandemic”. It was all over social media and people were saving it and watching it by the droves, but then the “experts” stepped in and said that the video was all fake.

However, there is new evidence surfacing that is putting those assertions of it being false to the test.

In fact, the newly surfaced evidence has suggested that maybe a “plandemic” isn’t so far fetched at all.

In a plot twist that really shouldn’t surprise anyone, it shows that the Obama regime could be involved. Now there may be some that are wondering how in the world Obama could be involved considering the virus popped up years after he left.

Well, the Obama administration lifted the ban on the gain of function research just 11 days before President Trump took office.

Keep in mind that Obama was in office for 8 years.

Isn’t it a little odd that Obama would have lifted this ban just 11 days before Trump took office?

And that just 3 years later, an international pandemic would take place?

Seriously, what are the odds of that?

The evidence, which comes from the official White House government website, is below.

‘Dr Fauci did not alert nor seek permission from the White House leadership before he lifted, in 2017, the pause on gain-of-function research implemented by the Obama administration in 2014. Instead he raised the issue in a meeting with the OSTP.’ https://t.co/jnuQBvmsLS

Fauci Started Gain of Function Aka Bioweapon Research Under Obama Then Suspended 2014 He Then Did Redirect of Grant Funding To Wuhan Lab
Thru Multiple Complicit Intermediaries Then Hid From Trump Admin
Both Fauci & China Owe World Reparations For
Worst Coverup in History https://t.co/lp0EF0IRR4

So this explains how Fauci correctly predicted a pandemic would hit the Trump presidency back in 2017.

Statements by former presidents are archived on the White House website.

According to the Obama White House Archives:

Today, the White House Office of Science and Technology Policy (OSTP) is releasing “Recommended Policy Guidance for Departmental Development of Review Mechanisms for Potential Pandemic Pathogen Care and Oversight (P3CO).” Adoption of these recommendations will satisfy the requirements for lifting the current moratorium on certain life sciences research that could enhance a pathogen’s virulence and/or transmissibility to produce a potential pandemic pathogen (an enhanced PPP).

Issuance of this policy guidance concludes the deliberative process launched in October 2014 by OSTP and the Department of Health and Human Services (HHS). At that time, OSTP and HHS asked the National Science Advisory Board for Biosecurity (NSABB), as informed by feedback from the National Research Council of the National Academy of Sciences, to provide recommendations to help shape the development and adoption of a new United States Government policy governing the funding and conduct of this category of research. While NSABB deliberated, such projects were placed on pause.

In May 2016, after thorough deliberation and extensive input from domestic and international stakeholders, the NSABB issued its recommendations. NSABB’s central finding was that studies that are expected to enhance PPP have potential benefits to public health but also entail significant risks. NSABB recommended that such studies warranted additional scrutiny prior to being funded. NSABB further recommended a Department-level, multi-disciplinary review and ongoing Federal and institutional oversight for this category of research. The recommended policy guidance that OSTP is issuing today will implement this approach.

In particular, the recommended policy guidance implements the NSABB’s call for a pre-funding review mechanism for certain research proposals. Toward that end, the policy guidance recommends that Federal departments and agencies establish appropriate review processes if they plan to fund studies anticipated to create, transport, or use enhanced PPP. In their reviews, Departments and agencies are asked to establish that such projects satisfy eight specified principles, to assess the projects’ risks and benefits, and to develop risk mitigation plans that are commensurate with the projects’ risks. They are also requested to report the outcome of any such reviews to the OSTP Director, along with the associated risk-benefit analyses and risk mitigation plans.

Projects that have been paused under the existing moratorium will now be reviewed utilizing a process consistent with the recommended policy guidance. Any projects that are determined suitable to proceed will do so with appropriate risk mitigation measures in place.

HHS is also committing to additional actions. First, HHS will ask the NSABB to continue to provide advice on the oversight of the creation, transport, or use of enhanced PPP. After HHS has reviewed its paused projects and made decisions about whether and how those projects will proceed, NSABB will review the process employed by HHS and provide advice, if necessary. Continued NSABB input will be essential to ensuring robust oversight of these projects. Further, discussing the department-level review process with NSABB will promote transparency and provide valuable forums for continued public dialogue.

Second, given that studies involving enhanced PPP are often described as “dual use” research, HHS is currently conducting a review of the implementation of policies for the oversight of dual use research of concern (DURC). HHS has asked NSABB to host a series of regional stakeholder meetings to gather information about the implementation of the DURC policies, and it will also solicit feedback more broadly related to their implementation.

Now, that’s a lot of dense languages, especially if you don’t work in science or research.

However, it is clear that the ban was lifted just 11 days prior to Trump taking office. The specific language to look at is: “lifting the current moratorium.” The “current moratorium” had banned gain of function research.

Again, just years ago, you were called a “conspiracy” theorist for believing this escaped from a lab.

Or even for using the term “plandemic.”

But more and more evidence continues to come out.

In newly FOIA'd emails, there are at least two instances of Fauci sending colleagues a paper about "gain of function" research potentially being relevant to COVID. Back when mentioning this prospect got you banned from social media and labeled a conspiracy theorist pic.twitter.com/2anDbJK9MI

-He discussed gain of function research

-A scientist told him the virus seemed “engineered”

-He was aware of a possible lab leak but denied it #FauciEmails pic.twitter.com/tXhbb3qaJB

In fact, a scientist even warned Dr. Fauci that the virus looked “engineered.”

But Fauci continues to defend himself and play the whole thing off.

According to the Independent:

Doctor Anthony Fauci has responded to revelations over released emails during the height of the coronavirus pandemic in which he was warned that the disease may have been “engineered”.

The top infectious disease expert insisted that the correspondence could easily be “taken out of context” in an interview with NewsNation.

“The only trouble is they are really ripe to be taken out of context where someone can snip out a sentence in an email without showing the other emails and say, ‘based on an email from Dr. Fauci, he said such-and-such,’ where you don’t really have the full context,” Dr Fauci said.

Thousands of the doctor’s emails were released this week through FOI requests by The Washington Post and Buzzfeed, giving insight into the handling of the pandemic at its onset.

Amid the emails, one expert speculated to Dr Fauci in January 2020 that the “unusual features” of the novel virus could possibly indicate that it had been “engineered”.

Kristian Andersen, the Scripps Research Institute researcher who sent the email, has since said on Twitter that the correspondence is a “clear example of the scientific process” and maintained that his research regarding the issue debunked the lab-leak theory.

“As I have said many times, we seriously considered a lab leak a possibility. However, significant new data, extensive analyses and many discussions led to the conclusions in our paper,” he said on Twitter.

Dr Fauci also doubled down on his insistence that the email had been misconstrued in an appearance on CNN on Thursday adding that he still believes “the most likely origin is from an animal species to a human”.

“But I keep an absolutely open mind that if there may be other origins of that, there may be another reason, it could have been a lab leak,” he said.

The doctor continued: “I believe if you look historically, what happens in the animal-human interface, that in fact the more likelihood is that you’re dealing with a jump of species.”

Dr Fauci noted that he keeps an “open mind all the time” adding: “And that’s the reason why I have been public that we should continue to look for the origin.”

The theory that the pandemic originated with a leak from a Chinese research laboratory in Wuhan has once again been gaining speculation in recent weeks. Beijing has vehemently denied the accusation.

Last week, President Joe Biden ordered intelligence officials to intensify their efforts to determine the origin of the disease, including the possibility it began as part of a lab accident.

What do you think? Was this a truly natural pandemic or is something more sinister at play?