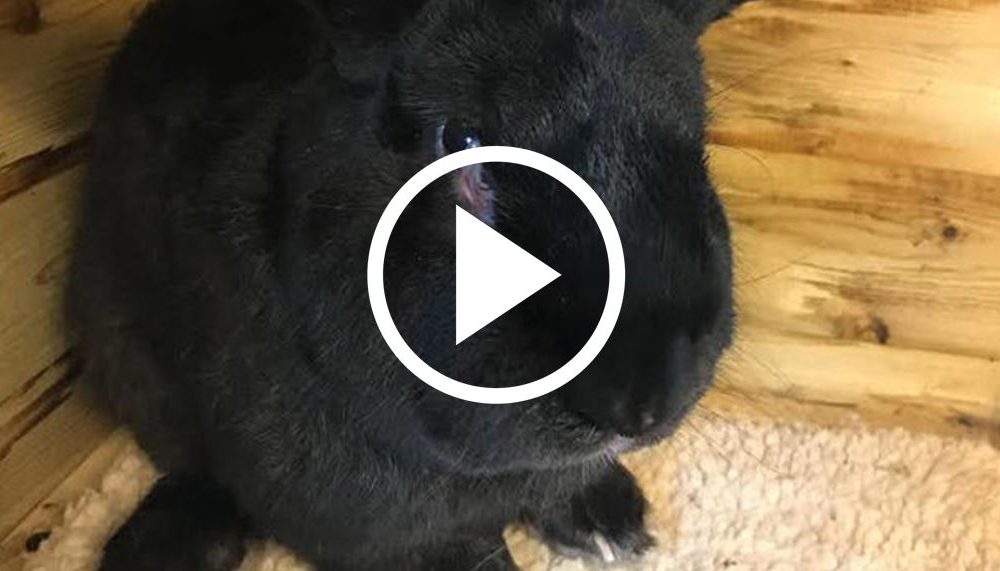 A giant rabbit, who mysteriously died in the care of United Airlines, was accidentally shut in a freezer by a bungling staffer for 16 hours, a media report has claimed.

Three-foot Simon, who was expected to outgrow his father Darius to become the world’s biggest bunny, appeared happy and healthy when he touched down at Chicago’s O’Hare International Airport en route to a celebrity buyer but was found dead a short time later.

The Sun, citing a source, reported that the pet froze to death after he was accidentally left in a freezer for around 16 hours.

However, a United spokesman denied the claim, saying that the “assertion is completely false. Simon was cared for at the PetSafe kennel facility which is kept at room temperature (on average 70 degrees Fahrenheit).”

“He arrived at Chicago O’Hare airport in apparent good condition at 10:25 AM (local time). He was seen by a representative of the kennel facility moving about within his crate about 11:00 AM,” he was quoted as saying.

“Shortly thereafter, a kennel representative noticed Simon was motionless and determined that he passed away,” the spokesman said.

An airport worker was quoted as saying that the rabbit arrived fine but there was some sort of mistake and he was locked inside a freezer overnight.

“The next day staff went in and did an inventory. The rabbit was huddled up facing away from the front of the cage towards the wall. Everyone thought he was just having a nap or something,” the worker said.

“Nobody realised it needed to be taken out,” the airport worker added.

The worker said United Airlines has launched an investigation but they do not know who put the rabbit in the chiller.

“We know from the inventory that that the rabbit was alive when it reached the airport. So it happened in the warehouse,” he said.

“It has all been kept very hush hush but none of us know who froze the rabbit,” the source said.

United recently made headlines and remains under scrutiny following its treatment to the Vietnamese-American passenger, David Dao, who was physically dragged off an “overbooked” flight when he refused to give up his seat for United crew members on a flight from Chicago to Louisville.

Just days after the incident, it emerged that a bride and groom headed for their wedding were booted from a United Airlines flight after they relocated to empty seats three rows up without permission.