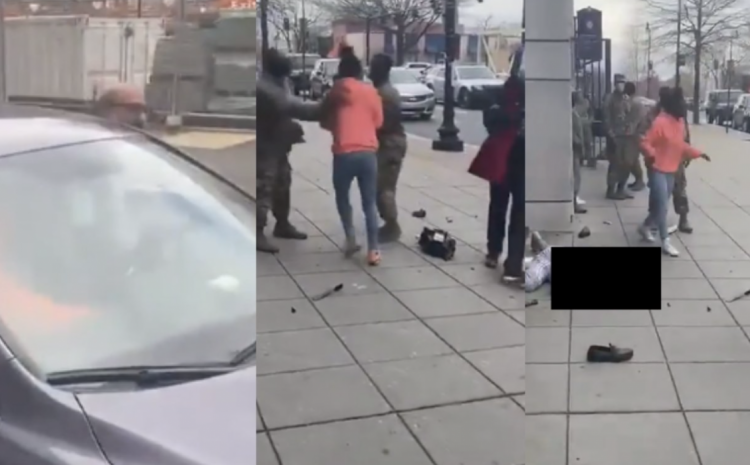 There seems to be no justice in the world as we see so many horrific crimes committed in our nation and no one seems to pay for them the way they should. That is being shown in the gruesome case of the Uber Eats driver who was callously murdered by two teens girls late last month during a carjacking.

The two teens ages 13 and 15 years old, murdered Mohammad Anwar, 66, of Springfield, Virginia, when they attempted to steal his car and tase him. The two monstrous teens crashed the car during the ordeal and instead of attempting to flee the scene they calmly looked through the car for one of their cellphones before nonchalantly walking past the dying man.

This horrific display of evil was also captured on camera by a witness that was nearby.

One would think that these two girls would be facing the death penalty for their crime, but instead, these two callous individuals are being offered a plea deal.

Warning, the video is extremely graphic and disturbing:

The Washington Post sat in on the virtual hearing for the killers on Wednesday, and report that the prosecutor had told the judge they were expecting to give attorneys plea bargain offers in the “next day or two.”

Additionally, D.C. Police Commander Ramey Kyle told FOX 5 that they are investigating one of the suspect’s involvements in another carjacking in January.

Fox 5 reports that “D.C. laws prohibit a 13-year-old from being tried as an adult. At 15-years-old, the D.C. Attorney General’s Office could petition for a case to be transferred to the adult court system. Court sources told FOX 5 that usually happens during the first hearing.”

The reporters who sat in on the hearing have not indicated that any attempt was made to transfer the case into the adult system.

“We will carry him with us always, but it doesn’t take the pain away of losing him so tragically and so unexpectedly soon,” read part of a statement on the family’s GoFundMe page.

These two “girls” should be facing death instead of being given a chance of living for what they did to this man and his family. How could this prosecutor even consider offering them a plea deal? I just cannot even fathom it, but I guess that is what is to be expected in an era of no justice.