ALERT: The CIA Was Caught Handing One Of Our Biggest Enemies Sensitive Info!

Hunter Biden Just Slipped Up, Telling The WHOLE World That His Father Has Dementia

Are They Getting Ready To Use The Nuclear Option Against Kamala?

Lindsey Graham Just Proved He Was NEVER On Our Side For One Second!

Bringing Guns to the public is still one of the hottest topics in the United States, and Despite Moms Demand Action for Gun Sense in America’s ongoing push to shame businesses into banning guns in their stores.

Instead, businesses fight back – and a record-breaking of 57,000 businesses have posted “guns welcome” or similar signs on their front doors and causing some liberals to lose their minds. 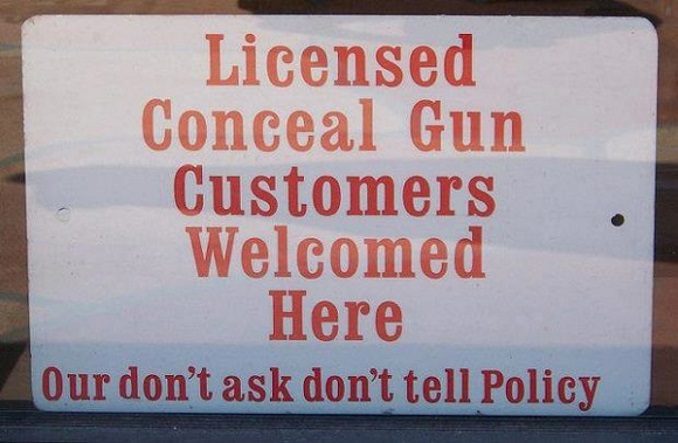 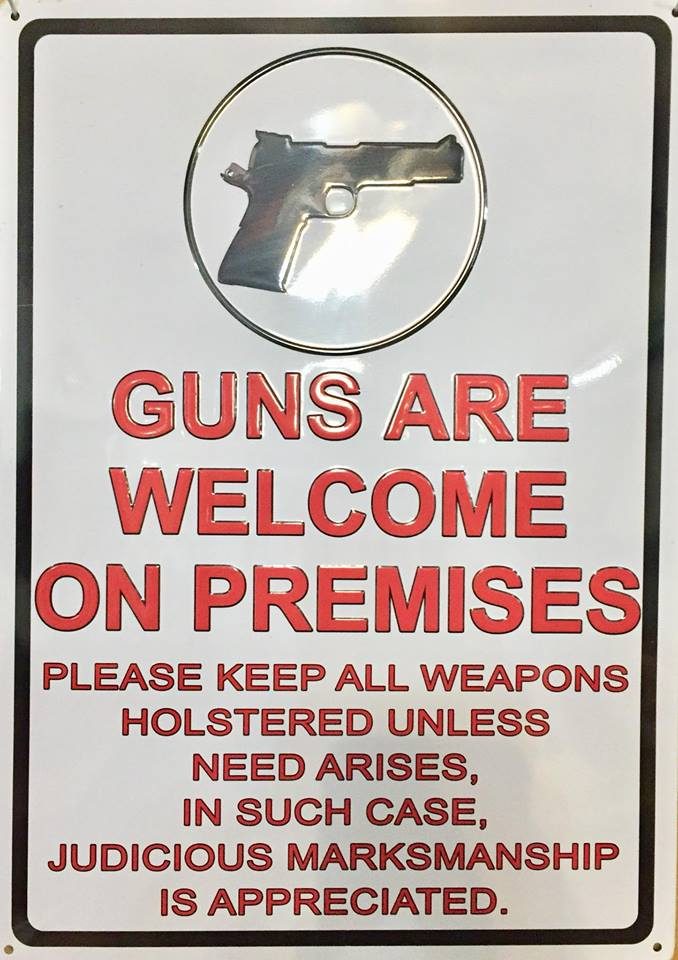 Of course, the majority applaud such sentiments, but not everyone likes that idea.

Moms Demand Action has persuaded just five businesses — Target, Chipotle, Jack in the Box, Chili’s, and Sonic — to ask customers to leave their guns at home.

They were also able to pressure a sixth business, Starbucks, into asking open carry practitioners not to be so flamboyant about visibly carrying guns in their stores.

That’s a total of six businesses, which is 56,994 less than the current total of those who are embracing guns in their bars, restaurants, and other businesses.

Most states across the nation allow citizens to freely carry, with the exception of Maine, North Dakota, and Illinois — which completely ban guns in restaurants or in any establishment that receives more than half its profits from alcohol.

The state of Georgia, however, has extremely lenient laws, allowing firearms into bars and restaurants. The law, which was signed by Governor Nathan Deal, was one of the most comprehensive pro-gun bills in the country at the time it was passed.

Meanwhile, one restaurant in Rifle, Colorado, actually requires the waitresses there to have a weapon strapped to them as part of their dress code. What’s more, patrons come to the restaurant from hundreds of miles around, not just for the burgers but to see the waitresses packing heat. For them, the decision to have their employees open carry has worked for them. 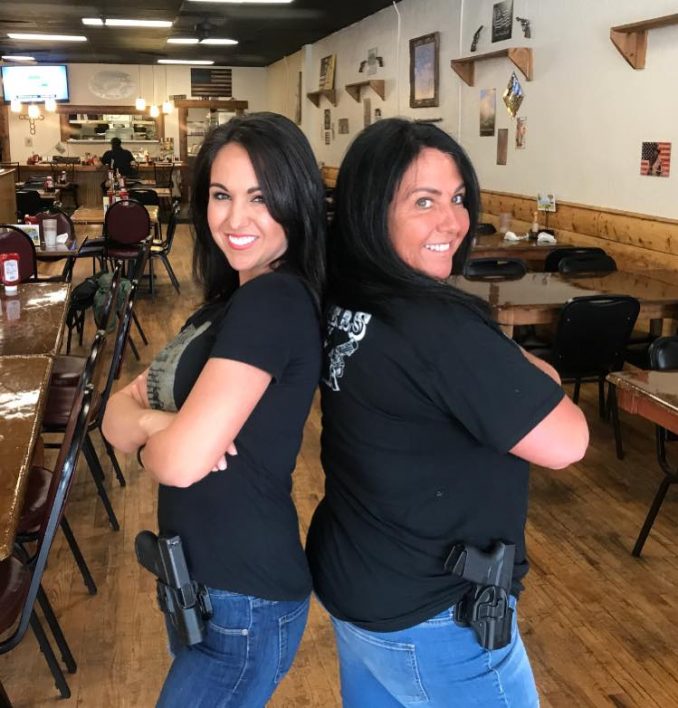 Lauren Boebert, the owner of “Shooters,” says she doesn’t feel fully dressed until she straps on her loaded 9 mm semiautomatic handgun. “I wanted to start carrying just for my protection. This is my establishment, so I didn’t see anything wrong with that,” she said. “[So] I began to open carry.”

Although the people carrying at businesses like Shooters Grill are quite obvious, it’s not in other places. So, whether you believe customers should have to leave their weapons at home or whether you prefer restaurants and other businesses have a more tolerant reaction to guns, encouraging their patrons to come in and eat armed, is actually quite irrelevant, to be honest.

In the end, a law-abiding concealed carry permit holder isn’t going to look for a “welcome sign” because they don’t need one. Whether you realize it or not, you’ve probably stood right next to a customer who was armed many more times than you ever realized, and you were none the wiser. Those who carry concealed don’t typically advertise it.

While gun owners might enjoy feeling welcomed and choose to bless a business who shares such sentiments by spending their money there, it’s not a requirement to have a posted sign allowing others to carry concealed. Unless it’s expressly forbidden, you are probably just as likely to cross paths with someone carrying concealed at an establishment that doesn’t put out welcome signs as you are one that does. And, it would seem, what you don’t know hasn’t hurt you in this case.