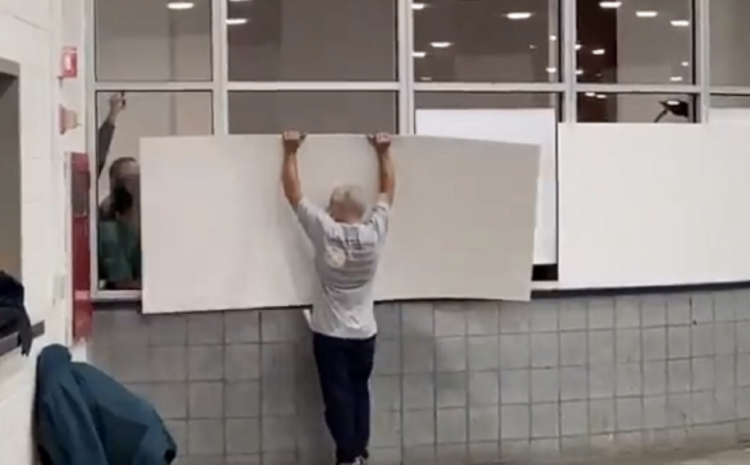 The audit happening in various states across the country has drawn the ire of the left and even some GOP members who are never-trumpers.

One of those vocal people is Katie Hobbs.

Hobbs has been loud about not wanting the audit and hasn’t been afraid to let her feeling show. However, the GOP has moved to do away with The Arizona Secretary of State’s power on this issue.

There have been several reports informing the public how she has tried to interfere and now the GOP is making moves to limit her power to interfere in the audit, and future audits. That countermeasure will be limit the power to interfere until the year 2023 if some GOP lawmakers get their way.

Katie Hobbs is simply towing the party line here, and I am not really sure if I am even that upset. She’s just doing the thing that ALL Democrats do.

The question on everyone’s mind is, why these restrictions didn’t come sooner and to that, I don’t know.

On Tuesday morning, the Arizona House Appropriations Committee stripped Secretary of State Katie Hobbs of her ability to defend election lawsuits. It gave the power exclusively to the Attorney General.

Later in the day, the state’s Senate Appropriations Committee passed the same changes. Now these proposed changes are part of the full budget proposal that will be voted on later this week.

“We are meddling with the constitution,” State Representative Randy Friese, (D) Tucson, said. Friese and other Democrats see the move as a response to Secretary of State Hobbs’ use of outside counsel to defend Arizona voters from lawsuits filed by the State Republican Party and others challenging Arizona’s election results. Hobbs also did not support a decision by the Attorney General to pursue a ballot harvesting case in federal court. Earlier this year Attorney General Mark Brnovich argued against the practice before the U.S. Supreme Court.

The Epoch Times had more on this latest development:

House Bill 2891, for instance, in part “Clarifies the legislative intent, through January 2, 2023 … that the AG has sole authority in all election-related litigation.”

It also declares that Brnovich cannot represent or provide legal advice to either Hobbs and the Department of State and bars Hobbs from spending taxpayer money to hire private attorneys.

Hobbs in an earlier statement said the Legislature appeared determined to “prevent me from doing the job Arizona voters elected me to do.”

“Last year we oversaw three safe, secure, and successful statewide elections with historic turnout, despite a global pandemic, a massive misinformation campaign, and unprecedented threats against me and other election officials. Afterward, while other state officials remained silent, we defended that election in countless lawsuits seeking to overturn the will of Arizona voters,” Hobbs added.