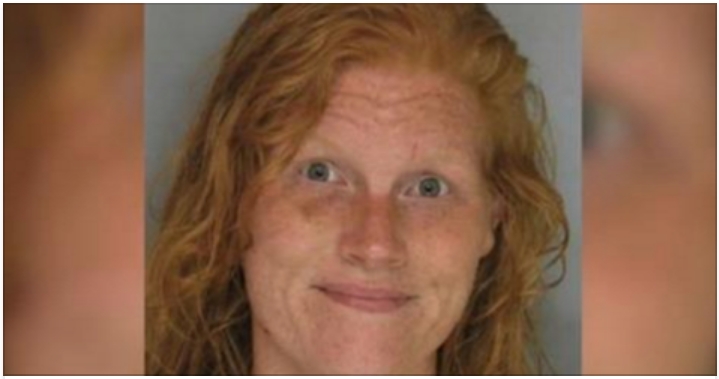 A Georgia woman was mistakenly put in jail for a month because police officers confused spaghetti sauce on a spoon with methamphetamine residue.

Ashley Gabrielle Huff, 23, was arrested and charged with possession of methamphetamine. Gainesville officers found a spoon with dried residue in her car during a routine traffic stop. She maintained that the residue on the spoon in her car was spaghetti sauce from canned SpaghettiOs, but officers did not believe her.

Police were convinced that the residue was from meth and they arrested Huff, who had no criminal history. She was sent to Hall County Jail for two days while cops conducted tests on the residue.

She was finally released after spending more than a month in jail when tests proved that Huff was telling the truth and the residue on the spoon was in fact spaghetti sauce.

“The Crime Lab report showed no controlled substances on the spoon submitted for testing,” according to a dismissal signed by Northeastern Judicial Circuit District Attorney Lee Darragh.

Huff originally attempted going through the Hall County Drug Court but wasn’t able to make all the appointments, van Rossem said. Huff was then reincarcerated Aug. 2 and was unable to make the bond payment, he said.

“I think what the unfortunate part about her case is that she was probably willing to take the felony to close out her case so that she get out of jail, even though she always maintained innocence,” van Rossem said.

Attempts to reach Huff through her public defender were unsuccessful.