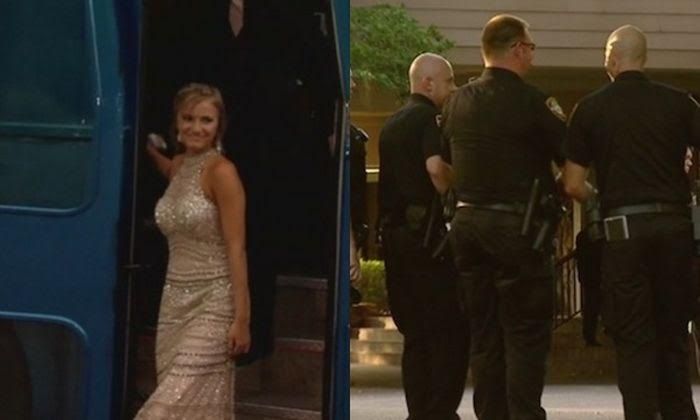 The daughter of a fallen police officer got a special surprise during her prom night.

Aleena Kondek was on her way to prom at River Ridge High School in New Port Richey, Florida, on May 21, Fox 13 reported. When she arrived, she was met by several officers of the Tarpon Springs Police Department.

Aleena’s father, Officer Charlie Kondek, was shot and killed in the line of duty in 2014. His colleagues said they felt it was their duty to send Kondek’s daughter off to her prom.

“It’s our responsibility and our honor to stand in for Charlie,” Maj. Jeff Young told Fox 13. “Charlie would be here and he’s not able to be here. So we want to be here for Charlie and for Aleena.”

Aleena’s mom, Teresa Kondek, had planned for the officers to be waiting for Aleena at her prom. They cried, shared hugs and gave Aleena a proper send off.

Aleena said she was proud to have her police family by her side during her special night.

“They always say, ‘never forgotten,’ and I totally believe that,” Aleena told the news station. “They’re always texting me, ‘How are you doing?’ and they step in with things that my dad did, and they’re amazing. I love each and every one of them.”

“I know he’s always with me,” Aleena said of her father. “I just kept smiling all day because I know he’s watching down and I know he’s probably tearing up watching me.”

In 2014, 122 police officers died in the line of duty, according to the National Law Enforcement Officers Memorial Fund.