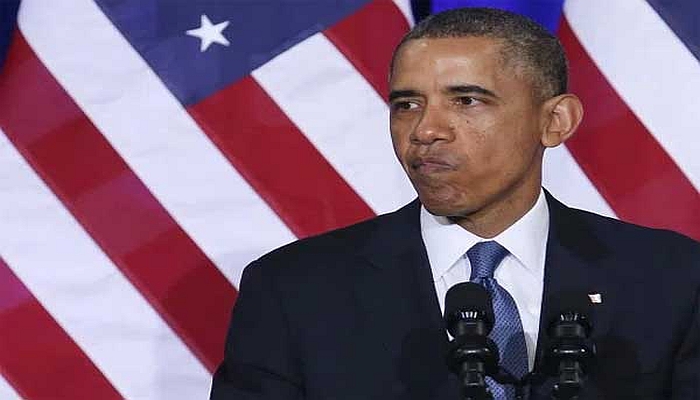 The lame-stream media told you:

USA Today, Gregory Korte — “President Obama announced another 111 commutations, adding on to the 214 he issued weeks ago.

He has used his clemency power more times than the last ten presidents combined, according to the Department of Justice… part of the Obama administration’s two-year old clemency initiative… About a third of Obama’s 673 commutations to date have been for people serving life sentences.

“As successful as we’ve been in reducing crime in this country, the extraordinary rate of incarceration of nonviolent offenders has created its own set of problems that are devastating,” he said. “Entire communities have been ravaged where largely men, but some women, are taken out of those communities. Kids are now growing up without parents. It perpetuates a cycle of poverty and disorder in their lives. It is disproportionately young men of color that are being arrested at higher rates, charged and convicted at higher rates, and imprisoned for longer sentences.”

Those granted shorter sentences Tuesday were convicted of drug offenses for trafficking cocaine, heroin, marijuana and methamphetamine. But sixteen of the commutations [by Obama] granted Tuesday also included firearms offenses. In his August 4 2016 press conference, he said he’s tried to “screen out” inmates with a propensity for violence.”

The Uninvited Ombudsman notes however that:

The czar has hired an entire department of people to go over the records of criminals to select the criminals to be released. They are highly paid, sitting in well equipped high-security offices with access to everything they could want or need. They are white executives from the suburbs with 2.3 children in private schools and family vans, or since that would be racist, maybe they’re not.

The point is, you don’t know who is poring over the 11,477 records (as of Aug. 11), picking the criminals to be released, and the “news” media isn’t looking, doesn’t care, and isn’t informing the public. You’re lucky they’re even telling you Obama is vastly increasing the numbers of criminals Obama is releasing back into the public, because their sentences are “too harsh.” They didn’t identify what those sentences are, or what the harsh crimes were.

They “reported” it, because Obama announced it, and they are mimics, not reporters.

Apparently in a mental haze, Mr. Obama seems to believe black children are growing up without parents because black drug dealers are arrested in ghettos, overlooking the 70% out-of-wedlock birth rate in black communities, unmentioned in his “news” briefing about releasing criminals. “Kids (‘young men of color’) are now growing up without parents. It perpetuates a cycle of poverty and disorder in their lives,” he said.

The president of color is releasing young prisoners of color, issuing clemency at ten times the historic rate, and no one sees any racism in this?

About GunLaws.com:
Scottsdale, Ariz.-based Bloomfield Press, founded in 1988, is the largest publisher and distributor of gun-law books in the country. Our website, gunlaws.com, features a free national directory to gun laws and relevant contacts in all states and federally, along with our unique line of related books and DVDs. “After Your Shoot” for media review is available on request, call 800-707-4020. Our authors are available for interview, call to schedule. Call for cogent positions on gun issues, informed analysis on proposed laws, talk radio that lights up the switchboard, fact sheets and position papers. As we always say, “It doesn’t make sense to own a gun and not know the rules.” Visit: www.GunLaws.com