Every year there is a nudist bike ride, although being nude isn’t mandatory.  People more or less wear as little or as many clothes as they feel comfortable.  Portland police limit the access to the bike ride as much as they can to discourage gawkers.  This year’s participants was estimated to be about 10,000 people.

A swarm of nude cyclists have let it all hang out for Portland’s annual Naked Bike Ride.

The Saturday evening event drew several thousand riders for Portland’s version of the World Naked Bike Ride that occurs in more than 70 cities worldwide across the month of June.

The dress code for the events is ‘as bare as you dare’ and both full and partial nudity are encouraged.

The Portland ride began around 9pm at Fernhill Park and followed a route that was not disclosed beforehand.

The route was about seven miles and temperatures were in the 90s for the ride.

‘We’re using nudity as a way to draw attention to cycling, and the folly of oil dependency,’ the Portland organizers said on the event website.

Public nudity is legal as a form of protest in Oregon, and police assisted with the ride by blocking traffic to ensure the safety of the cyclists. 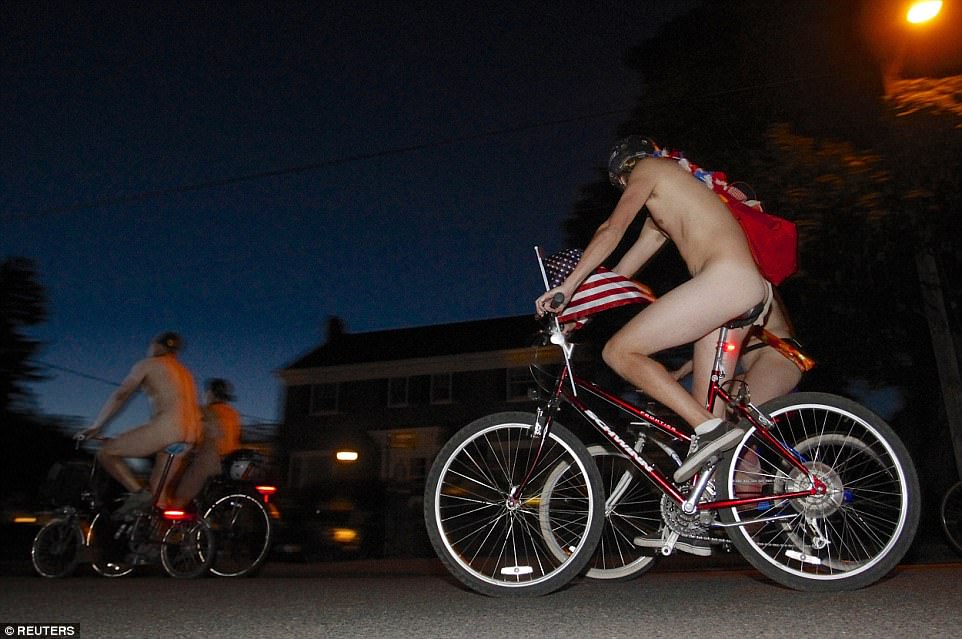 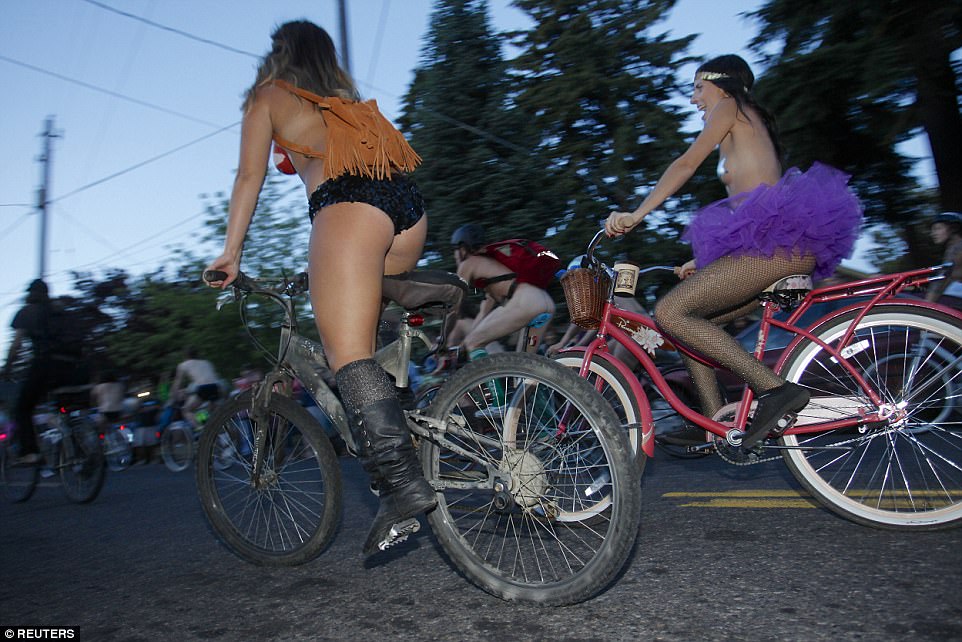 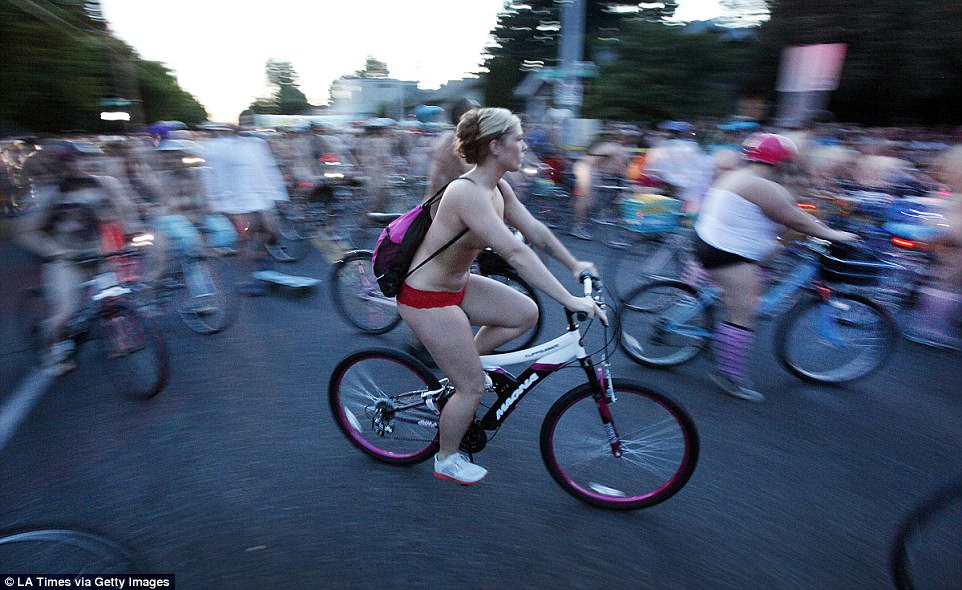