NASA says there are five known asteroids that will be passing close to the earth this year alone.  Hollywood has depicted an asteroid hitting the earth and causing havoc and devastation from the collision.  An asteroid has already struck the Earth in Chelyabinsk, Russia, in 2013.  The asteroid was 56 feet long or about the size of a bus.  Over 1,000 people were killed.

He said: ‘A list of known asteroid close approaches to Earth – less than five Lunar Distance – within the coming year’, along with a table detailing the five asteroids.

The most worryingly close encounter is predicted to come on October 12, when Object 2012 TC4 will come within just 0.15 lunar distances (35,828 miles) with Earth, although thankfully the asteroid will only be 12-27 metres in diameter.

And while Mr Baalke has highlighted those five, there could be several other asteroids making close encounters with Earth.

In January, an asteroid as big as a bus came closer to Earth than the moon.

NASA is working on a plan to make detection and destruction of such asteroids more easily possible:

While dangerous asteroids and comets rarely hit Earth, Dr Nuth warned that the threat was always there.

He said: ‘They are the extinction-level events, things like dinosaur killers, they’re 50 to 60 million years apart, essentially.

‘You could say, of course, we’re due, but it’s a random course at that point.’

Nasa is working on a series of missions including an asteroid redirect mission, that will see a robotic spaceship visit an asteroid to create an orbiting base for astronauts.

The space agency has a team of scientists who are always watching the skies for potential threats. 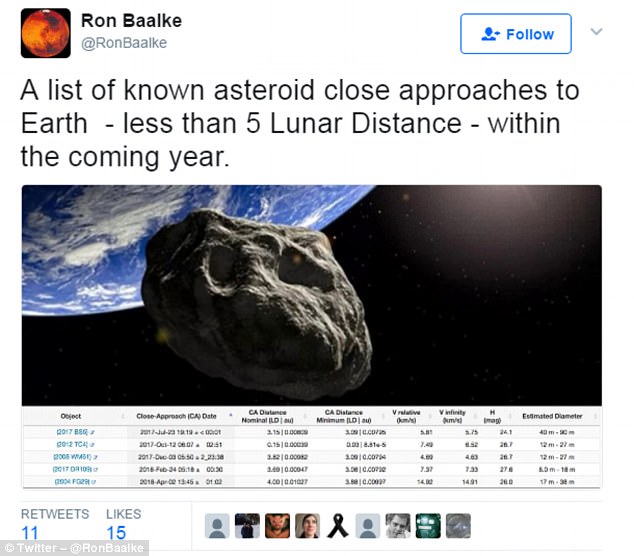 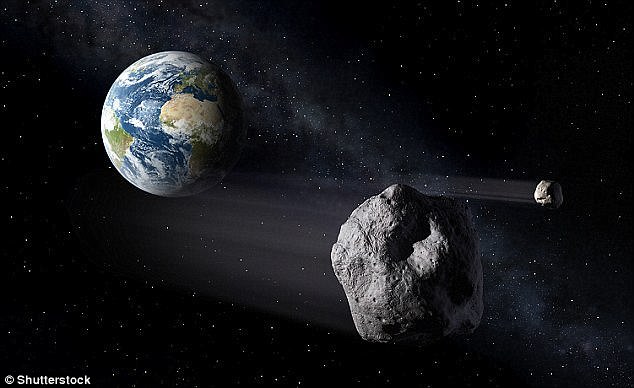