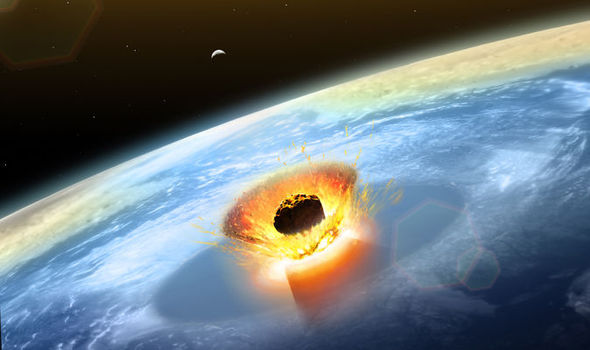 Scientists have identified 10 asteroids in our solar system that could place the Earth in danger.  Near-Earth Object Wide-field Infrared Survey Explorer or NEOWISE. is a program set up to identify risks to Earth and to devise a plan to protect the planet in case they start hutling towards the earth.

Amy Mainzer, NEOWISE principal investigator from NASA’s Jet Propulsion Laboratory in Pasadena, California, said: “NEOWISE is not only discovering previously uncharted asteroids and comets, but it is providing excellent data on many of those already in our catalog.

“It is also proving to be an invaluable tool in in the refining and perfecting of techniques for near-Earth object discovery and characterisation by a space-based infrared observatory.”

On top of the 10 “potentially hazardous” objects, Nasa says that they have identified 97 other space rocks and seen an unexplained spike in comet activity.

Emily Kramer, a NASA Postdoctoral Program Fellow at JPL and lead author of paper on the NEOWISE study stated: “Comets that have abrupt outbursts are not commonly found, but this may be due more to the sudden nature of the activity rather than their inherent rarity.

“It is great for astronomers to view and collect cometary data when they find an outburst, but since the activity is so short-lived, we may simply miss them most of the time.”

Experts from the Astronomical Institute of the Czech Academy of Science said: “Since asteroids of sizes of tens to hundreds meters pose a treat to the ground even if they are intrinsically weak, impact hazard increases significantly when the Earth encounters the Taurid new branch every few years.