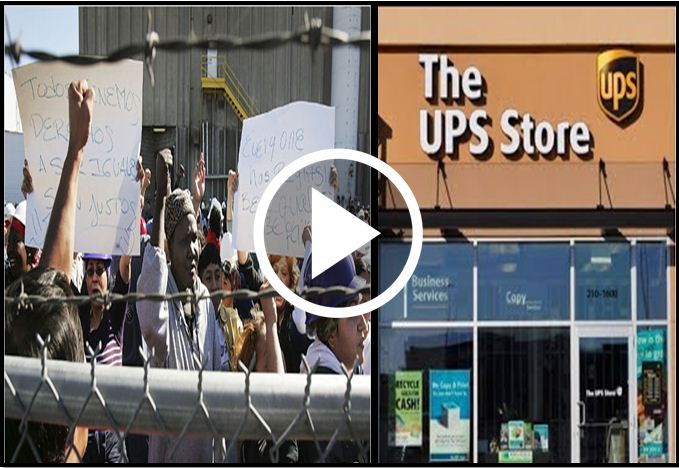 A new manager had just five words to silence the employees ‘religious demands’ which resulted to 19 page Lawsuit.

The U.S. is quickly learning from its European cousins what happens when a democratic nation opens its borders to hordes of Muslim migrants. Although over 90 percent of Muslim asylum seekers in the U.S. live on food stamps, American liberals still have faith that the migrants flocking to our shores want to contribute to society. The ones who do attain employment typically burden their employer and coworkers with their incessant religious demands. Luckily, there are still a few politically incorrect patriots who care more about the values of this nation than the feelings of those who seek to destroy them.

When a new operations manager stepped into position at the Mendota Heights UPS facility in Minnesota on June 25, 2014, Muslim migrant workers expected him to continue the previous boss’ capitulating by allowing them to have extra breaks for prayer. Incredibly, they were told something that Muslim supremacists hardly ever hear.

Incredibly, the manager didn’t backpedal on his promise. The politically incorrect boss promptly red at least 9 Somali Muslims for requiring more than the legally mandated allotment for employee breaks.

As expected, 2 of the scorned Muslims, Abdullahi Dahir and Abdifatah Hassan, have led a lawsuit against UPS, claiming that they were discriminated against for not being granted special treatment. Despite moderate Muslims constantly claiming that there is no compulsion in their religion, the Islamic prayers are “a mandatory and essential part of the life of Muslims.” Again, they were taken aback at the response they received.

Susan Rosenberg, the UPS Public Relations Director, explained to Law News that federal investigators already inspected these accusations and found nothing to warrant such a lawsuit.

Both UPS and Doherty Stang Services, a company that employs and manages the workforce at the UPS Mail Innovations facility in Mendota Heights, thoroughly investigated and found no evidence to support these allegations. The Equal Employment Opportunity Commission also found no cause for claims against UPS and dismissed the allegations.

The Minnesota chapter of CAIR is still wasting time and money to fight these failed accusations in court. They are requesting back pay with interest, unspecified damages, and compensation to be determined at a later time.

Employers who hire devout Muslims often nd themselves between a rock and a hard place. If they give in to their demands for extra breaks, special footbaths, prayer rooms, dress code exemption, and halal meals, they suer the nancial burden and decrease in productivity. If they refuse and treat the Muslim workers like everyone else, they are repeatedly sued. Even if the Muslims don’t win, they can easily burden a small business with legal fees, reputation destroying media coverage, and threats from the Muslim community.

After the old boss swamped his facility with demanding Muslim workers, the new manager made a risky but business-savvy move. Hopefully, he and his superiors continue to stand their ground against these religious bullies.