UK musician Eric Clapton has been enjoying the salmon rivers in Iceland and yesterday he managed to set the record for hauling the biggest salmon of the summer in the Vatnsdalsá river so far, guide Sturla Birgisson informed Morgunblaðið. Clapton had to run a good kilometre down river with the salmon before he was finally able to draw it ashore, the salmon was hooked and after an exciting hunt came ashore just over an half hour later, measuring 108 cm and weighing 28 pounds, making it the biggest to come ashore from Vatsdalsá river this summer. 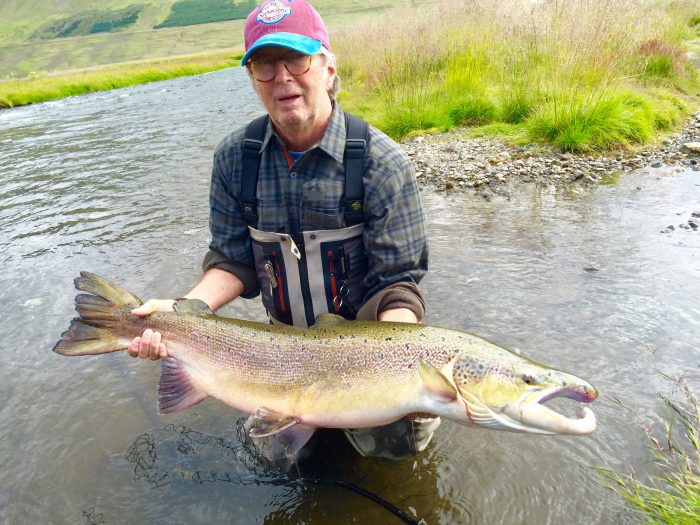 Vatnsdalsá river is one of the most well known salmon rivers in Iceland, famed for the size of its salmon. Anglers begun fly-fishing in Vatnsdalsá River in 1936, the first year people were able to practice ‘lease’ fishery in the river. Up until then people could only fish in the river using a net. The Fishing Association of Vatnsdalsá river was established parallel to the new fishing privileges. In 1997, Vatnsdalsá River implemented a strict ‘catch and release’ policy for all the salmon-beats, and only flyfishing is allowed. Image is taken from Vatsdalsá river website.