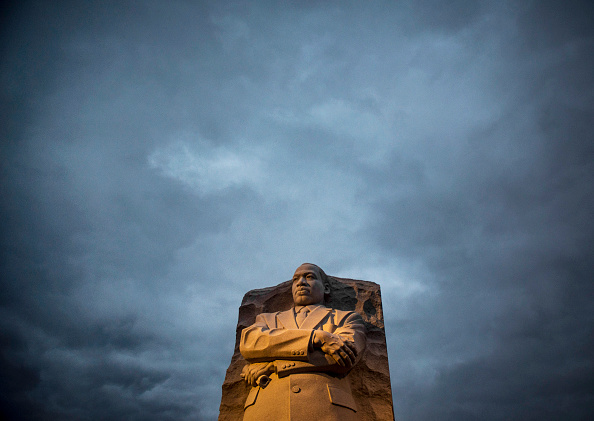 On Monday, the iconic Martin Luther King, Jr. will be honored, remembered, and celebrated in numerous ways. Some businesses will keep their doors closed as Martin Luther King, Jr. Day is a federal holiday, and has been for more than 30 years. Well, the city of Biloxi, Mississippi, is choosing to celebrate and remember this Monday, but they won’t do it for MLK Day. No, the city of Biloxi is celebrating “Great Americans Day” and the internet isn’t having it.

As reported by 9 News, the city of Biloxi hopped on their official Twitter account and decided to make an announcement about Monday’s holiday. The tweet, which has since been deleted, was posted on Friday afternoon and made no mention of MLK Day.

“Non-emergency municipal offices in Biloxi will be closed on Monday in observance of Great Americans Day. – City of Biloxi (@CityofBiloxi)”

Almost immediately people started questioning the city, upset over what appeared to be a slight to civil rights leader Dr. King, Jr.

But as several media outlets pointed out, including Buzzfeed, a list of Mississippi state holidays does not mention Great Americans Day. Since 2015, the state has set aside the third Monday in January to observe the birthdays of both Dr. Martin Luther King, Jr. and Robert E. Lee, the general of the Confederate Army.

The mayor followed that up with a post on the city’s website, calling for the Biloxi City Council to change the name to match the federal holiday.

“In my opinion,” Gilich said, “that is the appropriate step to take, for the holiday to have the same name as the federal holiday.”

Added the mayor: “This city’s longstanding support of our annual MLK celebrations speaks volumes about our support for this holiday. In fact, we’ve always celebrated this day as Dr. Martin Luther King Jr. Day.”

The issue arose this afternoon when the city tweeted a one-line sentence that said non-emergency city offices would be closed on Monday  “in observance of Great Americans Day.” The name has since been traced back to a City Council on Dec. 23, 1985 to proclaim the third Monday of every January “to honor Dr. Martin Luther King Jr. as well as other great Americans who have made important contributions to the birth, growth and evolution of this country.”