A California mother knew that her new baby would be a bit heavier than average, but when she gave birth, everybody in the room was shocked by what they saw.

Kelly Corsetti, her husband Scott, and their two children welcomed another addition to their family. On April 28, Kelly birthed another son, Valentino Corsetti.

Prior to giving birth, the mother knew that her baby would be large, but didn’t expect just how big he was. Despite his size, Kelly delivered her baby naturally rather than having a C-section. She was in labor for just two hours, according to the Daily Mail.

After giving birth, the newborn was placed onto a scale and everybody was shocked by his weight.

“When we put him on the scale and I saw the look on my sister-in-law’s face and she said 13 pounds 11 ounces, I was pretty shocked,” Kelly Corsetti told KPIX, according to the Daily Mail. 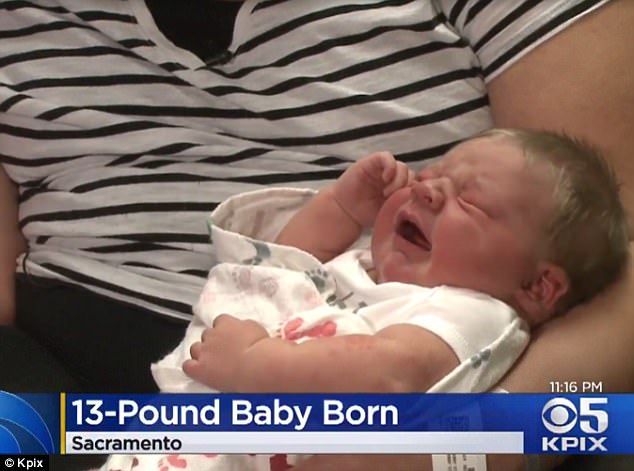 “My husband walked over to the scale with (my sister-in-law) and I just heard both of them laughing and going, ‘Oh my gosh, it can’t be. He can’t be that big,'” Corsetti told the Sacramento Bee. “They turned around and told me how much he weighed. I was shocked.”

Doctors say that at 13 pounds, Valentino weighs as much as the average three-month-old, but that he is completely healthy, as is his mother.

A spokesman for Sutter Health told the Sacramento Bee that Corsetti’s baby is like the largest baby ever born at the Sutter Davis hospital, and one of the largest ever born in the region.

Dr. William Gilbert, the regional medical director of Women’s Services for Sutter Davis, says that Valentino is above the 99th percentile of national birth weight and that he is the second largest newborn that he has seen in his 30 year career as a doctor. 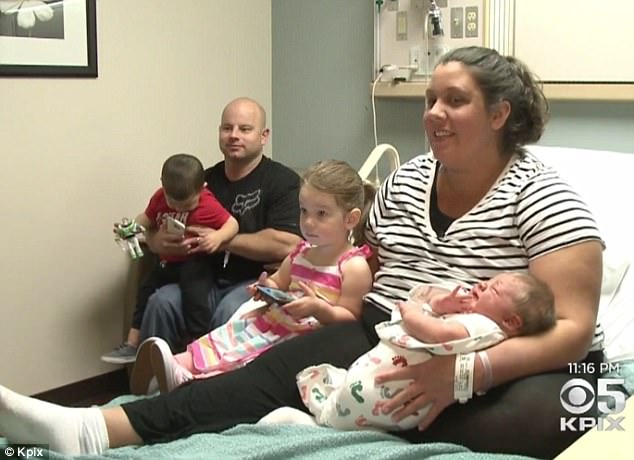 According to Kelly’s sister-in-law, Tiffany Allen, the lead nurse at the hospital’s birthing center, says that the average weight of a newborn baby is between 6 to 8.5 pounds. She said that Valentino was the largest baby she’s seen in her 20 year career.

Allen said that Kelly was “all belly” when she was pregnant, but that “we had no idea he would be that big.” She added, “This baby is like a celebrity here.”

Kelly’s older son, Giovanni, weighed 10 pounds, 14 ounces, at birth, while her daughter, Taylor, weighed in at just over 8 pounds. “Kelly has proven that she can birth larger babies,” Allen said, noting that all of her sister-in-law’s births were natural.

The mother says that while Valentino’s birth was a great experience, she is not quite ready to think about having another baby. “I’m going to be taking two years off and then we’ll talk,” she joked.