The explosion was so big it could be seen with the naked eye as a meteor struck the moon at 56,000 MPH.  The really scary part is that the meteor weighed only 88 pounds.  Scientists claim that the same explosion on Earth would kill tens of thousands of people.  With the current technology available, experts say we would not be able to stop a meteor from striking the Earth.  This is especially true of asteroids or meteors that strike without warning.

And terrifyingly the 56,000 mph collision – captured by NASA scientists highlighting the catastrophic danger planet earth faces from similar meteors – was caused by a space rock weighing no more than 88 lbs (40 kilos).

Despite the meteor’s tiny proportions – about the size of a small boulder and the weight of an average 10-year-old boy – the impact damage was colossal and the explosion shone with the brightness of a magnitude 4 star.

A similar strike against a city on earth would create a crater 65feet (20m) deep and create a devastating kill zone equivalent to TEN Tomahawk cruise missile striking in exactly the same place.

Experts fear the death toll would run into thousands.

Unlike the Moon the Earth has a protective atmosphere meaning most space debris burns up before it can impact.

But bigger meteors sometimes get through – most recently at Chelyabinsk in Russia where a 20 metre asteroid travelling at 43,000 mph breached the atmosphere and exploded with the power of 33 Hiroshimas.

Fortunately because of the speed and angle of entry the rock exploded while still in the air but 7,200 buildings were damaged and 1,500 people were injured seriously enough to seek medical treatment.

A spokesman for respected science website Science.com said: “For the past eight years NASA has been monitoring the Moon for signs of explosions caused by meteors.

“They’ve just seen the biggest explosion in the history of the programme. 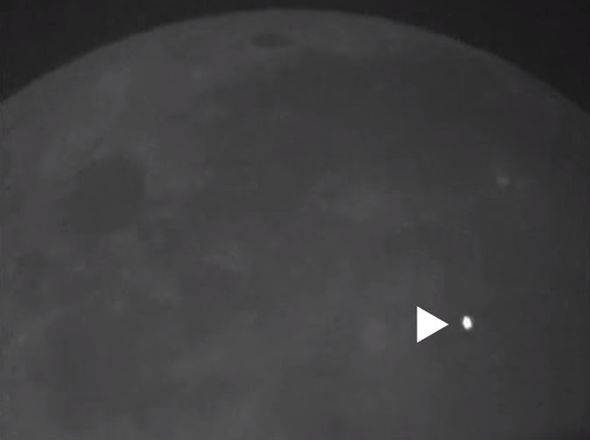