Melania Trump could wear a burlap bag and make it look glamorous, so when she wore a designer gown made by famous designer Emilio Pucci, it was no surprise that everyone was floored by the yellow crepe dress that she wore to welcome Indian Prime Minister Narendra Modi.

The mother-of-one stunned in the floor-length dress that retails for $2,160, as she walked alongside the president before stepping out to greet Modi, who is visiting the US for his first face-to-face meeting with the new first family.

The former Slovenian model effortlessly wore the belted floral-print crepe gown and was all smiles once Modi arrived outside the South Portico of the White House.

President Donald Trump is seeking to forge a chemistry that can add new fizz to a flourishing relationship between the world’s two largest democracies.

He joked Monday that he and Modi are both ‘world leaders in social media’ during a joint news statement that served as an interlude to an Oval Office meeting and a dinner.

Melania accompanied her husband inside the Oval Office as he chatted with Modi, who did not bring his wife, during their first meeting.

FLOTUS seemed at ease while sitting attentively on a couch, as the two world leaders sat in chairs nearby.

During their brief Oval Office remarks, Trump congratulated Modi for leading his country toward economic prosperity and praised him for  being ‘such a great prime minister.’ 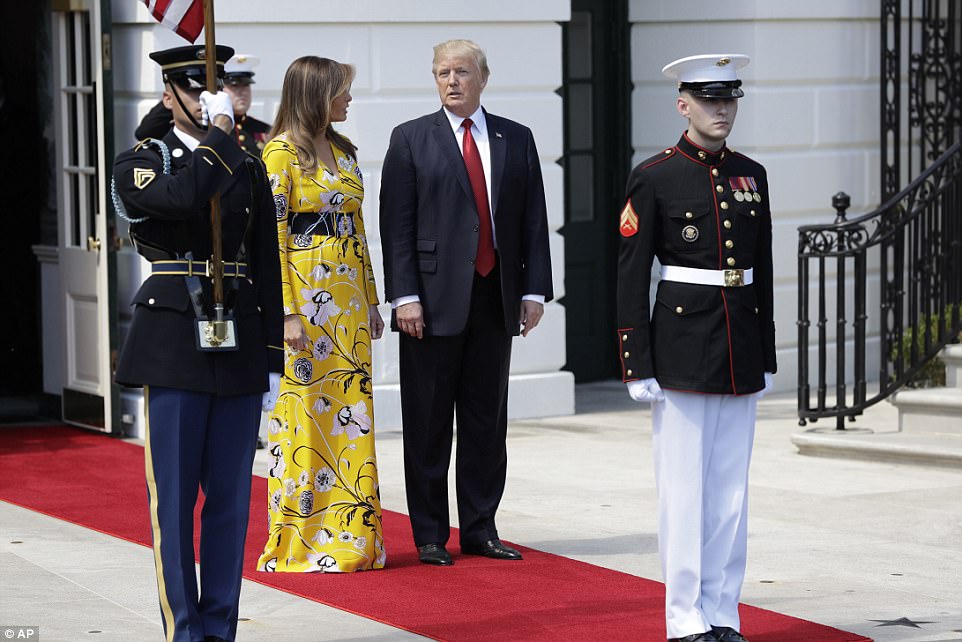 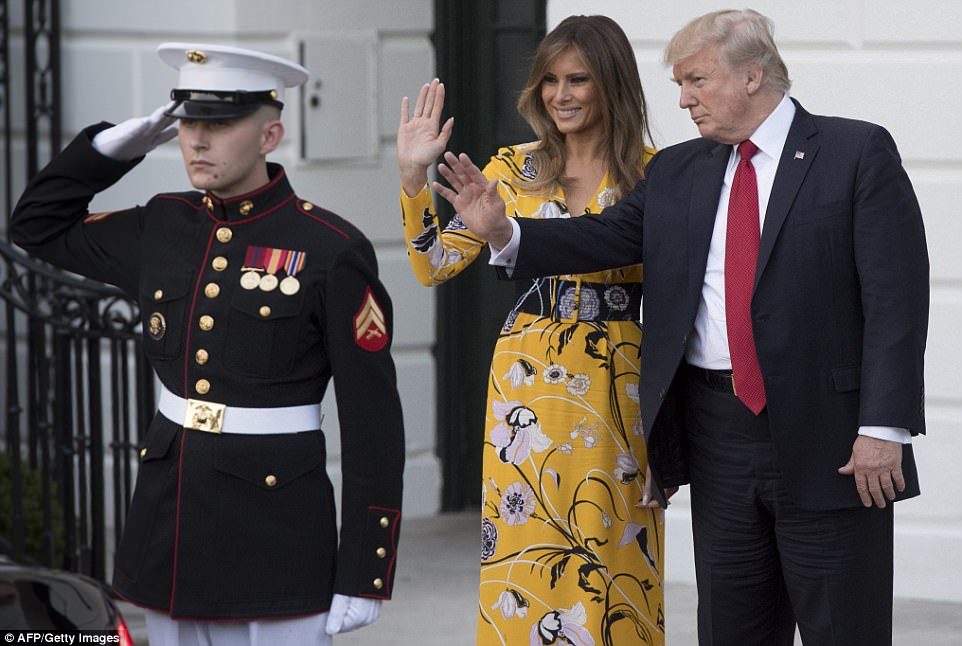 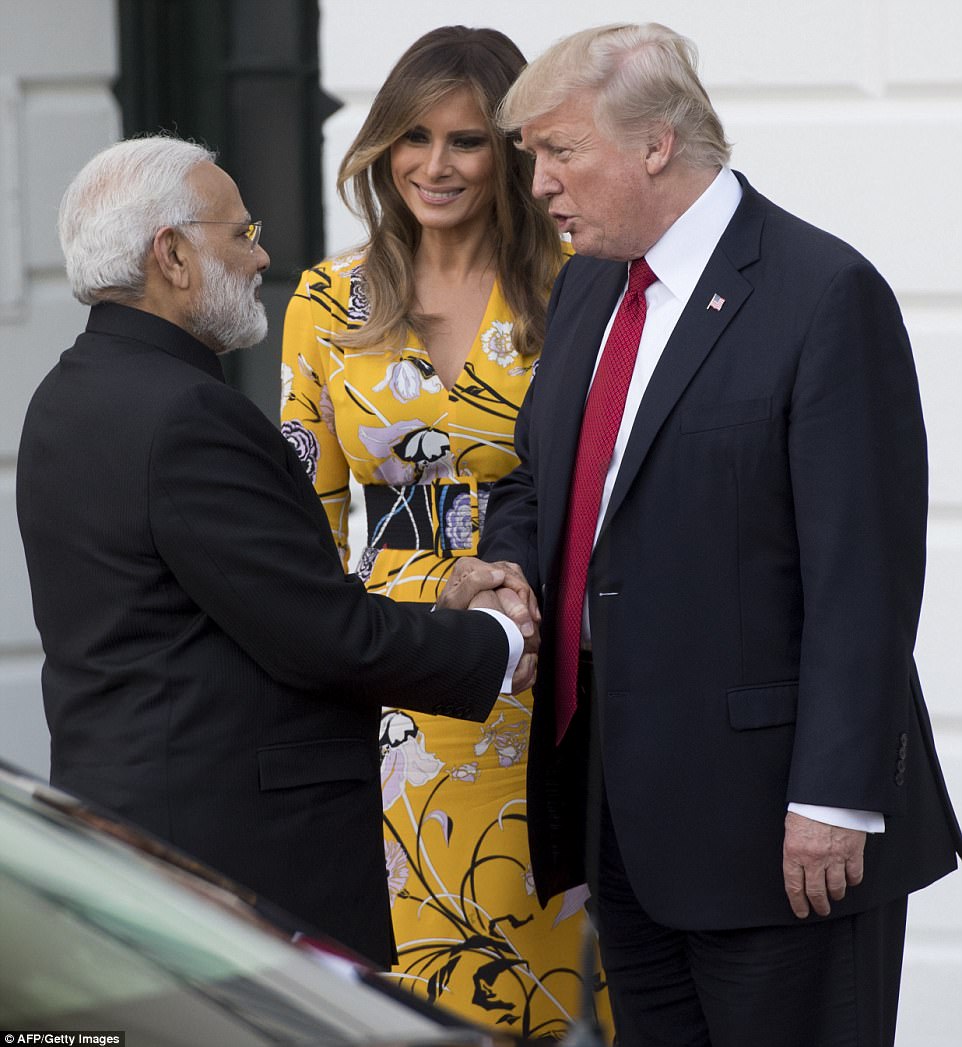 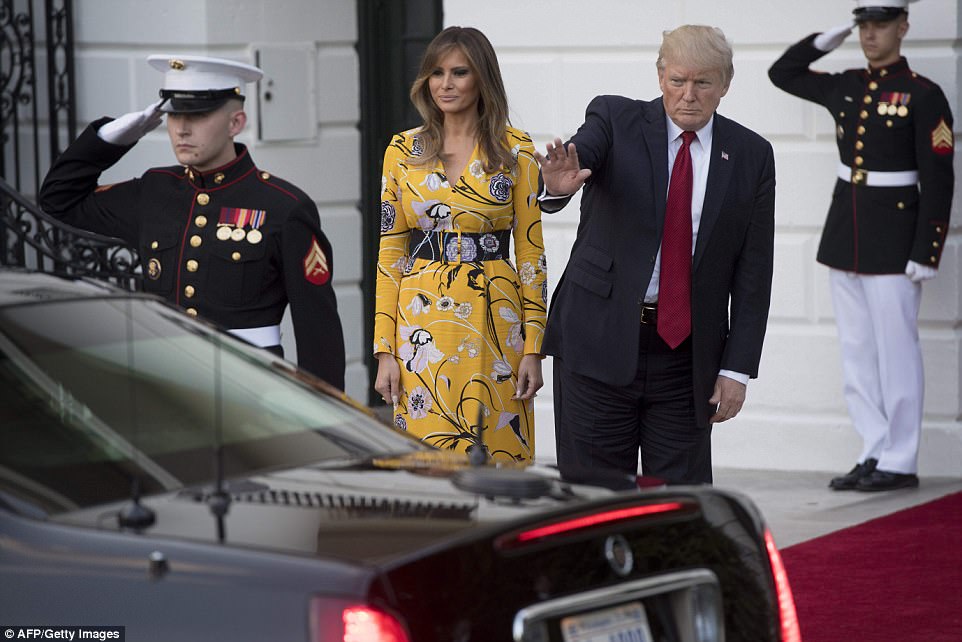 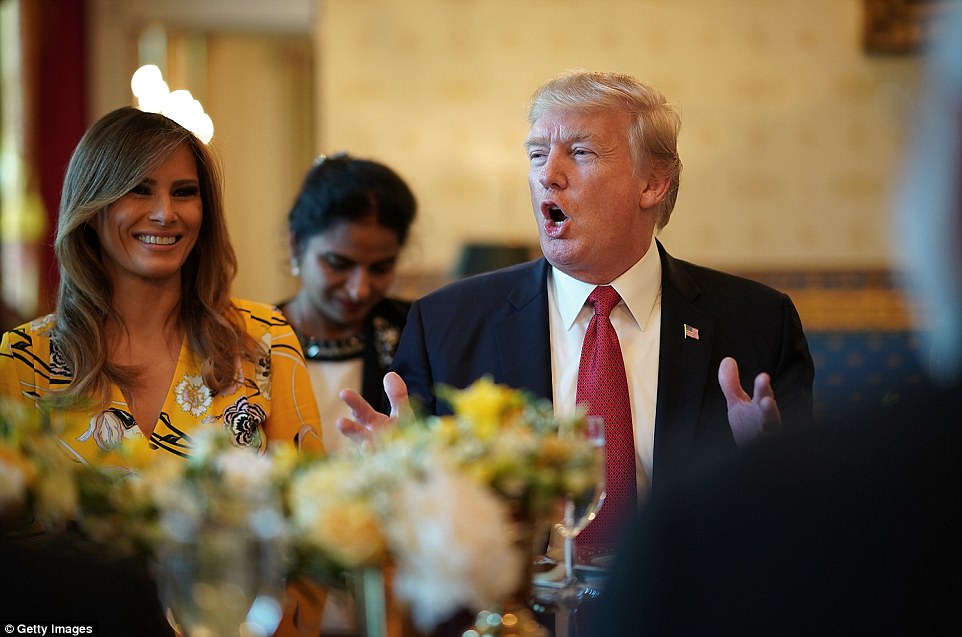 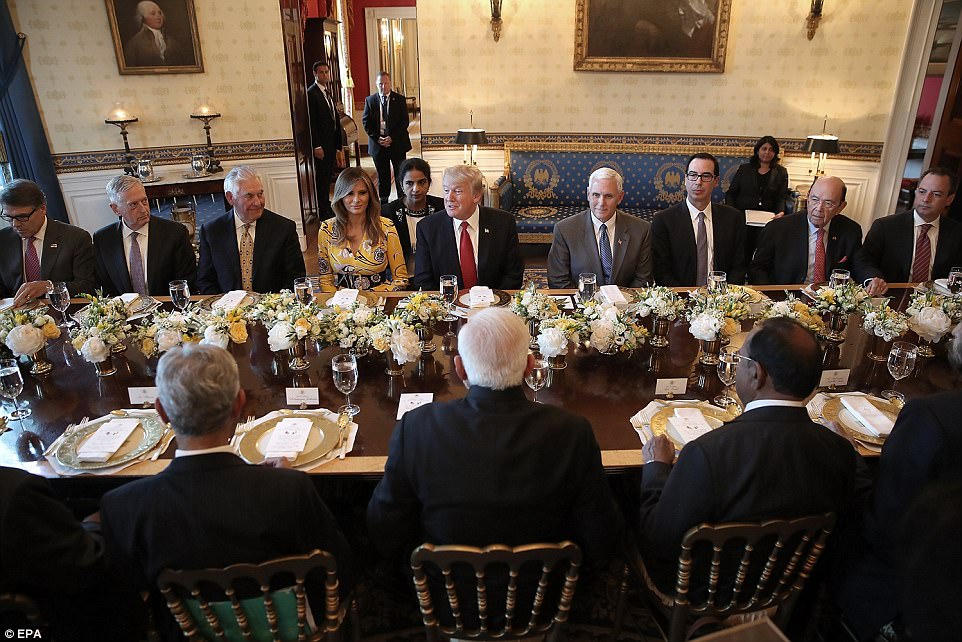