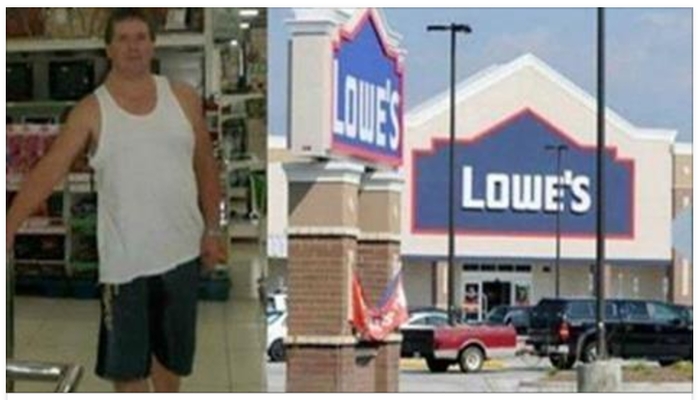 A man who suffers from a brain injury has had a hard time finding a job that would allow him to be accompanied by his trusty service dog. What he was told in one job interview left him shocked. Owen Lima suffers from a serious brain injury and is helped out by his reliable service dog, Blue. His search for a job has been tough, as many employers will not allow a dog in their establishment every day.

One day, Lima went in for an interview at Lowe’s, and brought Blue into the interview with him. He was nervous that, like every other interviewer so far, he and Blue would be turned down. However, the duo got a pleasant surprise. Owen and Blue were both hired, under one condition — Blue would have to wear a vest just like all the other employees.

“It’s so hard to find a job where people can accept me for the way I am and the fact that I have a service dog with me,” Lima told CBS News, through tears. The North Regina, Canada, store manager, Paul Gallo, told Lima upon hiring him, “We don’t care about your past, what you are — we care about what you can do.” Gallo found the perfect role for Lima and Blue at the store. Lima will be a customer service associate, and he and Blue will spend their time greeting customers and managing carts near the entrance of the store.

Lima and Blue’s story was posted, along with a photo of Blue in his work vest, on the Lowe’s Canada Facebook page. The story quickly went viral, being shared more than 11,000 times in under 48 hours, according to CBS News. “We’re overwhelmed,” Gallo said. “We never intended for this to happen. We listened to an individual and we took him on board like we would anyone else.”

Due to Lima’s brain injury, he sometimes has a hard time understanding people, which can cause him to become anxious and frustrated. Fortunately, Blue is always by his side to prevent him from having an anxiety attack. “[Blue] being in the store has made my job easier to do,” Lima said.