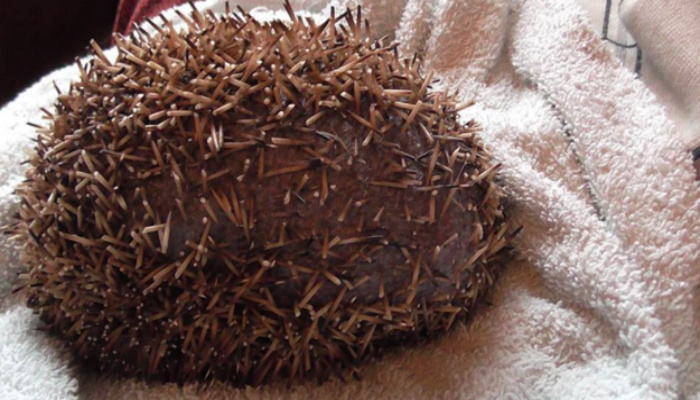 When a caretaker at England’s University of Sheffield discovered a strange little creature running around a campus kitchen, he had no idea what to make of the little guy.

But after he realized what he was looking at, he knew something was amiss. The animal was a hedgehog, who has had all of his spines “chopped off.”

He was brought to the Cawthorne Hedgehog Sanctuary in South Yorkshire in the care of Anita and Allen Broadhead, and was named Frankie.

Following his rescue, Frankie still won’t uncurl, and is quite scarred by his experience. Luckily, he’s finally safe from the monsters who did this to him.

The incident is being investigated by the university, and Anita has a message for whoever did this to poor little Frankie: “Stop and think how you would feel if someone mistreated you and left you in a position where you couldn’t look after yourself because you had no means of protection.” Amen to that!

Share this story with your friends who love animals, and visit the Cawthorne Hedgehog Sanctuary to help critters just like Frankie!