A 19-year-old man was sentenced to a 21-month prison term after being convicted of a four-hour assault on his girlfriend.

James McCourt locked Kelsie Skillen in their apartment in Glasgow, Scotland, disconnected the internet and took her phone, and attacked her with punches, the Daily Mail reported.

Skillen, 18, said the incident occurred after the couple returned from a night out and McCourt accused her of leaving his jacket and cigarettes behind.

“You’re going to have a bruised face tomorrow so I better do it right,” he reportedly told her during the assault. 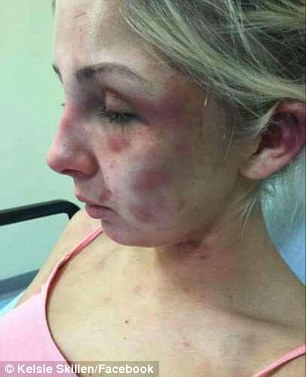 The judge on the case, Sam Cathcart, ordered McCourt to be placed under supervision for eight months after his release from jail. McCourt was also banned from contacting his former partner for five years.

“She [Skillen] was so badly bruised she stayed off her work for three weeks,” Cathcart added. 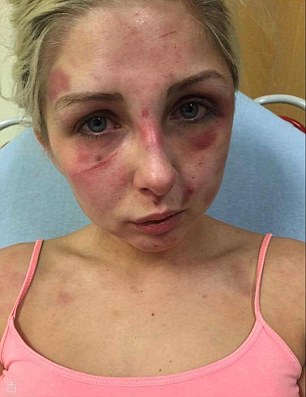 Skillen posted photos of her injuries on Facebook to warn others about domestic abuse.

“As you can see mostly kept hitting my face, today was the court case and he was found guilty for everything he done to me, I am also now left with a scar,” she wrote, reports the Daily Mail.

Skillen noted she was hospitalized due to her injuries.

“I would never be able to forgive myself if I didn’t tell people about this and another poor girl ended up in my situation, so thanks to everyone who came to support me today and who has supported me this full way it means a lot,” she added.

Skillen managed to finally escape the assault when McCourt left the room to go to the bathroom, allowing her to retrieve her iPad and contact her mother. When Skillen’s mother arrived, McCourt fled.

“During the incident I kept saying ‘Is it worth going to jail?’ and he said ‘I don’t care if I go to jail as long as you’re dead,’” Skillen said. “I remember thinking, he is trying to kill me. He is dangerous.”

After a while, Skillen said she stopped screaming.

“That was when he started pouring the water over me. I drifted in and out of consciousness during the incident so I didn’t realize it had been going on for so long,” she said.