Carlos Mariotti’s hand was badly mangled during an accident with an industrial machine at work.  In order to save the hand, doctors sewed his hand into his stomach in an effort to get his skin to fuse onto his hand.  His hand now looks similar to a boxing glove, but doctors are planning an operation to give him back his fingers.  I can’t even imagine what it must be like to have your hand trapped in your stomach for 42 days.

It’s taken months of practice to do this simple task but it’s a milestone achievement in his recovery.

That’s because Carlos’s left hand is shaped like a boxing glove with a tiny thumb and a ball of puffy flesh where his four fingers should be.

Small remnants of the bony digits are tucked inside his fist-shaped stump, which is covered on the back with skin taken from his belly and on the palm with skin grafted from his thigh.

The orb-shaped mitt is the result of three pioneering procedures by Brazilian surgeons to save Carlos’s hand from amputation.

And it’s not over. He is facing another ground-breaking operation as doctors prepare to cut and reconstruct his hand into individual fingers.

It will be the first operation of its kind in the world with physicians hoping to restore some functions and sensitivity to the shattered parts.

‘We were putting a roll of film into three different coil cylinders. I don’t know whether it was the fault of the machine or a problem with the other operator, but as we put in the film, the machine started to pull my hand in.

‘I screamed in agony as my hand was dragged into the machine. I got the strength to wrench it out but as I did, I lost all the skin on the palm and the back of my hand..

‘I lost all the nerves and veins and the tops of two of my fingers. It was totally mutilated.’ 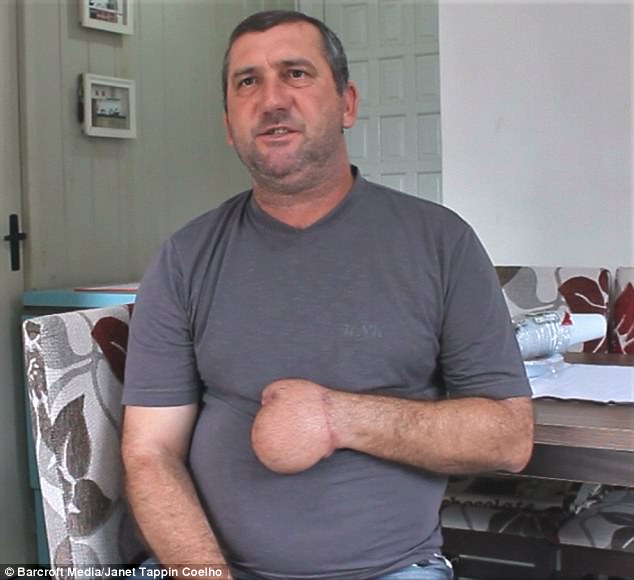 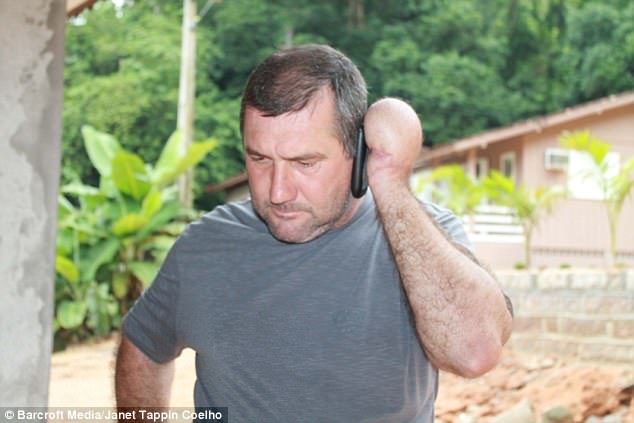 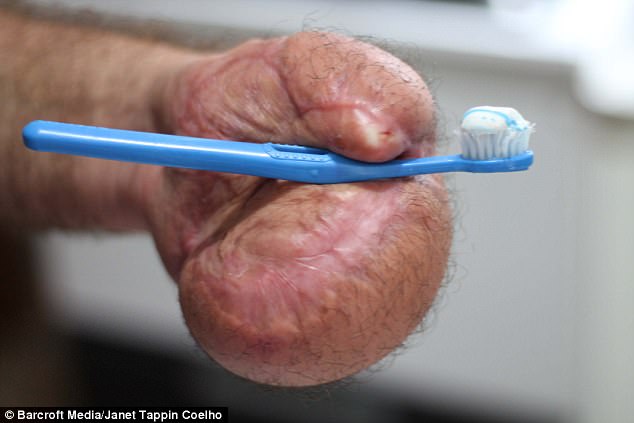