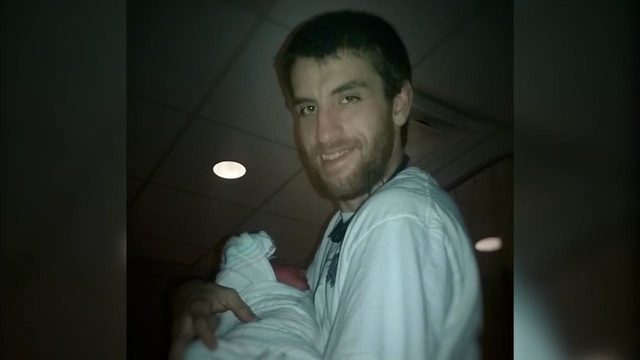 The Hall County Sheriff’s Office said Thomas McNulty, 25-year-old, shot his 22-year-old Jessica Rusk in the back during a fight at the home they share with her parents in Gainseville, Georgia in which after, her father, Floyd Rusk, 57-year-old, shot and killed McNulty.

Jessica Rusk was then transported to a local hospital, where she was in stable condition Monday. Authorities said they don’t plan to file charges against the father who shot and killed the man.

The couple, who have a small child, shared the home with Jessica’s mother and father, who were both at home during the shooting. It was Jessica’s mother who called police after McNulty fired his gun.

“He had shot his girlfriend, who was 22 years old, in the back, and in response to that, the victim’s father shot and killed McNulty,” said Hall County Lt. Scott Ware.

“Obviously violence would be the last resort,” said Ware, “If you can avoid violence and call 911, you know, we would obviously prefer that no one get hurt. That would be the best case scenario.”

Meanwhile, neighbors who spoke to local news team said while it was a sad situation but they understand why Floyd pulled the trigger.

“If that was the same situation with us, and somebody hurt our daughter, you know, we’re gun owners and we’d probably do the same thing,” they said.

Though authorities haven’t filed charges against the father as police say it appears Rusk’s father was defending his daughter, the district attorney will review the case and make the final decision whether on whether he’ll face any.

Before the shooting, McNulty had been fired from a job as an IT contractor a week after he brought a gun to work and he had claimed he forgot the gun was in his pocket.