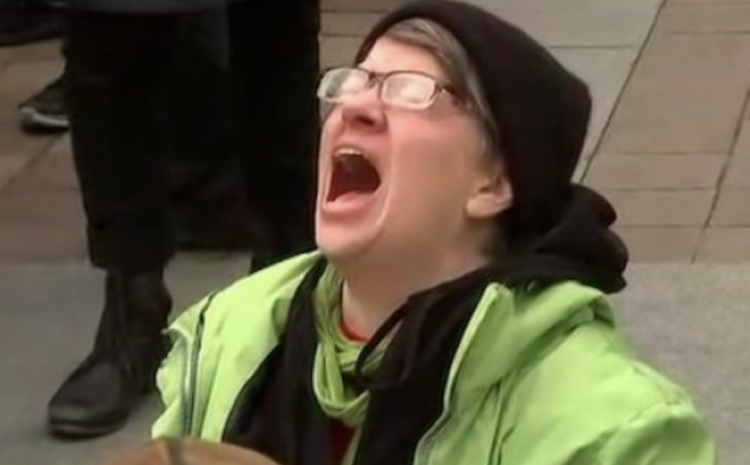 The left is in panic mode and it is amazing to see and it all is based around the ballot audit in Arizona. Now, we all knew that this would happen since it would show everyone how the election was rigged despite the mainstream media’s claim that it wasn’t.

However, if it wasn’t rigged, then why are they starting to shake in their gender-neutral Birkenstocks?

I am sure you are wondering why I am saying they are panicking? Well, let me offer into evidence a news article just posted yesterday morning by Yahoo News from the Huffington Post.

Now, I am not sharing this with you all cause I believe it is some stellar journalistic work, but since it is dripping in utter panic. They are reporting and I use that word loosely with them, that Donald Trump is planning to take back the White House, and I do not mean in 2024, but right now!

HA! That is music to all of our ears, right?

Ok, let’s start looking into this total alarming article, shall we?

Let’s start with the headline:

Just glancing at this title it reeks with fear cause they know it to be true.

Now, no self-respecting journalist would be caught running a headline like this since it reeks of bias, but it shows their dread of this actually happening.

In a nutshell, it means we are getting super close to the truth they have been working overtime to cover up.

Now, if you can get past the nauseating bias of the article you realize that even the libs are now admitting something: President Trump has a clear path back into the White House….not in 2024, but right now!

Here is more from HuffPo:

Donald Trump hinted to cheering Mar-a-Lago guests that the disturbing Arizona ballot audit by a partisan private company could lead to his White House reinstatement.

“Let’s see what they find,” Trump said in remarks captured on video at his Florida golf resort.

“Some very interesting things are happening in Arizona,” he noted in the footage that appeared to be taken Wednesday during his farewell remarks before he heads to New Jersey for the summer. It was posted on TikTok by 45covfefe.

“After that we’ll watch Pennsylvania, and you watch Georgia, then you’re going to watch Michigan and Wisconsin, and you’re watching New Hampshire. They found a lot of votes up in New Hampshire just now … you saw that?” he added, though it was unclear what Trump was referring to.

“This was a rigged election, everybody knows it, and we’re going to be watching it very closely,” he concluded.

There’s absolutely no evidence it was a rigged election.

The current controversial audit of 2.1 million Maricopa County votes for president and Senate — races won by Democrats — is being headed up by the Cyber Ninjas company, which is owned by a promoter of the “Stop the Steal” lie that the election was rigged against Trump. Owner Doug Logan retweeted messages months ago that an audit of the Arizona would find hundreds of thousands of votes for Trump. The Florida-based Cyber Ninjas company has no experience with elections or ballots.

The firm, hired by Arizona’s GOP Senate, failed in court to keep its recount operation secret. Voter and civil rights organizations are so alarmed that they’ve written to the Justice Department for federal monitors out of fear that ballots will be damaged, stolen, altered or lost.

Trump asks “multiple times a day” for an update on the operation, The Washington Post reported Thursday. He’s particularly entranced by Cyber Ninjas’ examination of the ballots with ultraviolet light, which some experts believe could damage them, according to the Post. It’s not known why Cyber Ninjas is using UV Light.

This appears to be Trump at Mar-a-Lago telling his customers that the bizarre Arizona recount will be the first domino to fall in apparently somehow undoing the election? https://t.co/OPeck4o8Wh

Ahhh, the truth is coming my friends!

The panic is real. What do YOU say about all this?