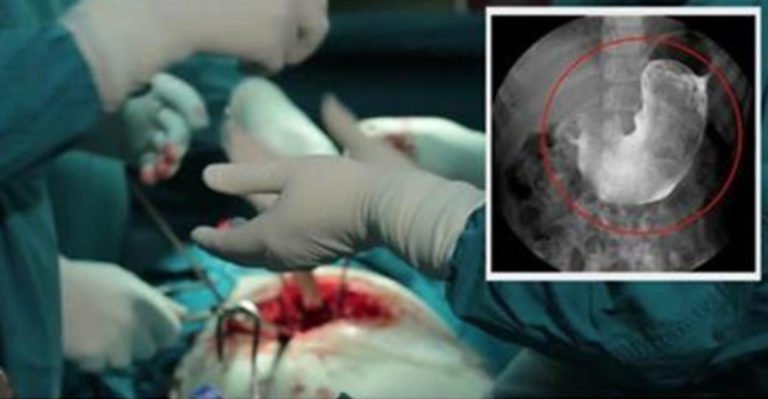 A California hospital has been fined $86,000 after a surgeon left a towel in a patient’s stomach during surgery.

The patient was treated at Community Regional Medical Center in Fresno in 2014 and weeks after the procedure, and he said he felt like he was dying. It appears that doctors were keeping count of medical tools used during surgeries, but not the blue towels.

Having surgery is a big deal. We count on the medical professionals in the operating room to do their best to ensure our safety while we are in their care. Doctors and nurses spend hours training to do the various surgical procedures they perform. One of the most basic things (I would think) would be to make sure that they account for all the tools, towels, bandages, etc. that were used during the operation before they close the incision.

After the surgery, the patient claimed that he lost 43 pounds and he no longer had energy or stamina. The patient said he felt like he was dying.

Turns out that while the surgical team had accounted for all of the instruments they had used, they failed to keep track of the blue surgical towels and they left one inside the patient’s abdomen!

Tony Capozzi, a legal analyst, says he thinks the hospital could end up paying much more for a clear case of gross negligence.

As a result of the incident, the hospital has ordered that all towels used in surgery must be counted – shouldn’t that policy be in place before the incident occurred? It is unclear if the surgical team members involved were disciplined.

The surgeon responsible may even still be performing surgery at the hospital! This whole mess seems like it was completely preventable.