Actor James Woods knows exactly who will be voting for Hillary Clinton this November, despite her decades-long history of malfeasance.

Hard to argue with Woods…

James Woods in not a fan of Hillary Clinton. In tweet after tweet, the veteran actor has skewered her throughout the presidential campaign.

On Sunday, it was the actor’s four-word answer to an image he tweeted that scorched the Democratic presidential nominee:

Then the reactions came in: 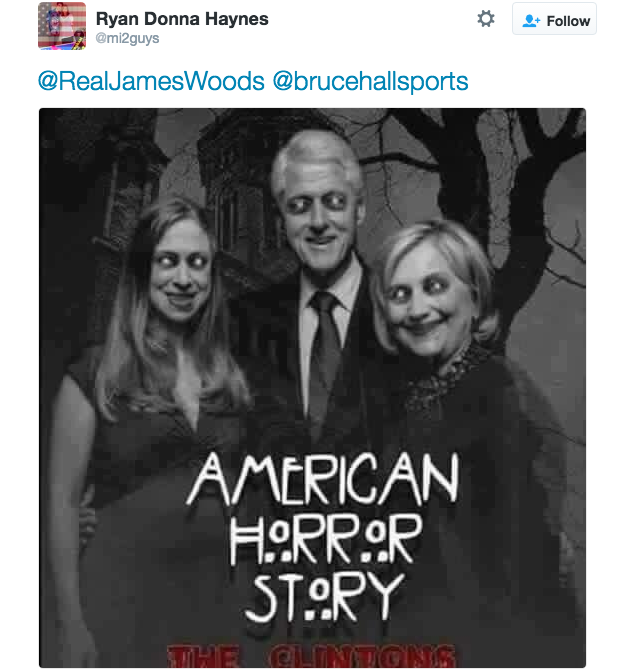 The dead and illegals will certainly vote for Clinton, but Woods forgot to mention ‘white people who identify as any and every other race than caucasian.’

It takes a special kind of stupid to toss support behind a candidate who has blatantly lied and been caught numerous times on various issues.

There’s really no justification for it.

If you vote Hillary for president, you’re just as despicable as she is.