A cheating husband was caught having sex with her mistress which photos and videos went viral after being shared on social media.

As if being watched by a bar full of drinkers having sex with a company secretary wasn’t bad enough, the wife of the senior insurance manager caught in the sex romp then found out about the man’s extramarital affair on Facebook. 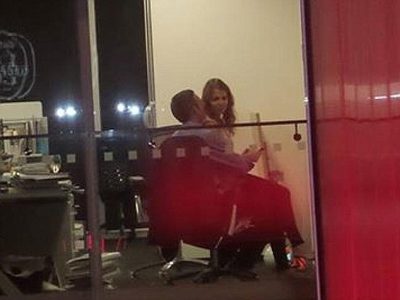 ‘The entire bar united in cheering them on,’ said one person on social network Reddit. 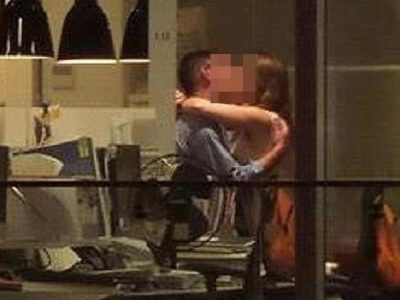 ‘It started with a casual flirt. Then the kiss, grabbing the attention of all. Get it, son! Finally they moved to the back of them room, thinking they were unseen. Off comes the tights, down goes his head. By this stage, 50 bar patrons were pressed up against the window yelling their approval. 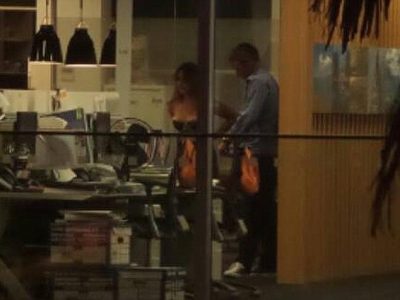 ‘To be honest, after watching them f*** for a good half hour, people started to get bored and drift off back to the dancefloor.’

Rabobank’s branding was also in many pictures on social media, only because it had naming rights to the building. Not that they escaped ridicule either.

‘Congrats to the man who made a deposit at Rabobank this evening,’ one Twitter follower posted.

One Reddit user said: ‘I guess it’s not a bank for money.’ While another also quipped on Reddit: ‘When he withdrew he lost interest!’

Soon after, photos of the escapades started to spread on social media, and while on Facebook, the man’s wife stumbled upon the photos. Reports say that she isn’t speaking to her husband and is not taking the news well.

“She had no idea until she came across it on Facebook on Monday night,” a source told The New Zealand Herald. “She’s in pieces and can’t even speak to him.”

The employees, who left the lights on at Marsh New Zealand in Christchurch, were filmed and photographed having sex by patrons of the Carlton bar and Eatery across the road.

The 50-year-old senior manager Marsh Ltd., who is married with two teenage children, and the 26-year-old woman “no longer” work for the insurance company, who launched an internal investigation after the sex act became public.

Since the photos spread on Facebook and word of the story got out, senior officials at Marsh have reportedly flown to the branch to address the situation. It’s not clear if either of the employees involved will lose their jobs, but sources say that is a definite possibility.

“The other employees are all keeping their heads down and are just trying to get on with things,” a source claimed. “It’s a pretty surreal situation for them.”

The woman who had been previously engaged to a Christchurch man Josh. The woman’s relationship with her fiance was “on a break” at the time of the sex romp in the office.

“She is not proud at all,” a person close to her told The New Zealand Herald. “She wants to just cut all ties with everyone.”

“She is a beautiful person but she’s been such a silly girl who has made such a silly mistake that has had such massive repercussions for so many people,” a source previously said.

Some people have claimed that the couple’s privacy was breached when photos were posted online, but Privacy Commissioner Johns Edwards says, according to The New Zealand Herald, that those who posted them probably won’t face any legal action.

“The people who were watching, we may criticize [sic] them for a lapse of decency in taking advantage of that, but it is unlikely there’d be any legal liability for their action,” Edwards said.

Marsh Ltd. addressed the controversy in a statement, saying that they’re “dealing with the matter internally” and that it’s “unknown” what will happen to the two employees.