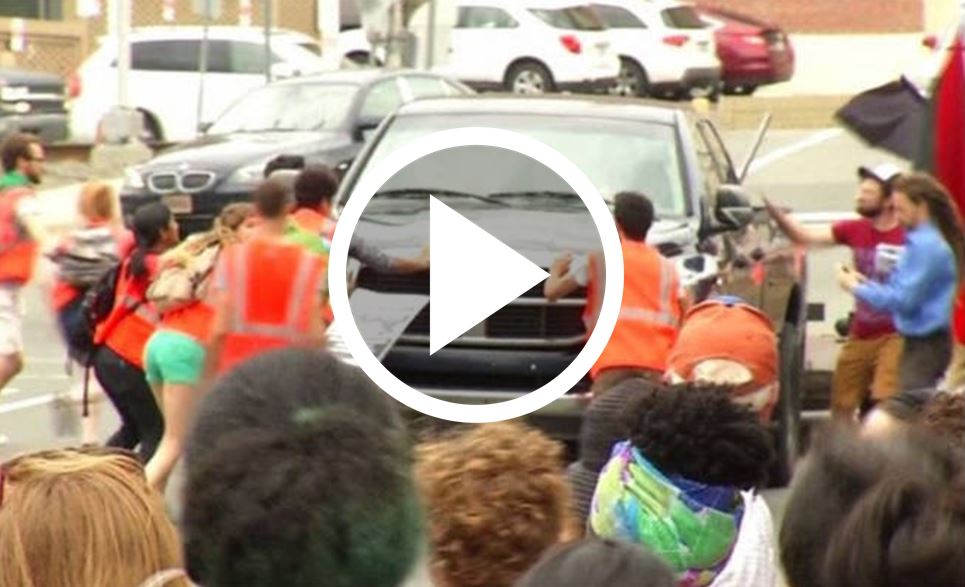 DURHAM, N.C. — Police say a man who drove through a crowd of protesters outside Durham County Jail won’t face charges.

The May Day protesters were blocking the road while marching from the Durham Police Department to the jail, WNCN reported.

The driver, Joshua Melocik, was attempting to drive through slowly when protesters stood in front of the vehicle, according to WFMY. One person struck the truck with a sign.

The crowd eventually let the driver though. Police said the protesters didn’t have a permit to close the road. No one was injured in the incident.

Melocik told WFMY he would have understood if the crowd held a legal rally.

“After 20 years in the military, I support people exercising their freedoms as long as they don’t infringe on the rights of others,” Melocik said.

But protesters told WTVD they were upset that police didn’t get involved, even if they didn’t have a permit.

“They never came over to anybody to see if we were OK,” D’Atra Jackson said. “They never tried to take down the license plate number, nor did they try to go to the street and stop the driver.”

The North Carolina Senate is reviewing a proposed law that would provide immunity from civil liability to drivers who hit a protester disrupting traffic. If the driver is found to have hit a person with intention, they can still face criminal charges, WTVD reported.