A Denton woman says her husband confessed to torching a truck and motorcycle at the family’s home and spray-painting a racial slur on the garage.

Jenny and David Williams were awoken early Dec. 12 by a neighbor pounding on their door in the 600 block of Aspen Drive.

The man alerted them to the burning truck in their driveway, and they later discovered the vandalized garage door, which read “[N-word] lovers.” Firefighters quickly arrived and extinguished the blaze — and gave the family’s four children a tour of their firetruck — but Jenny Williams was left wondering why someone would target her home.

“Why they are doing it I don’t have an answer for, but thank you for announcing to the world I’m not racist,” she told a TV station several days later. 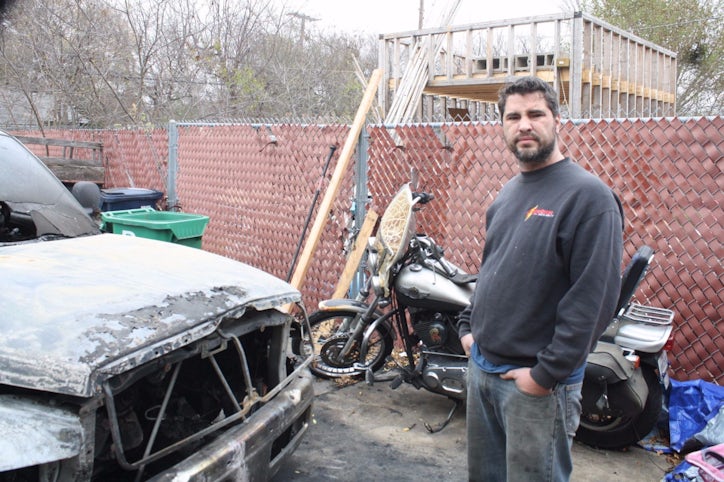 David Williams stands by his burned truck and motorcycle. His wife, Jenny Williams, said he admitted to starting the fire. (Julian Gill/Denton Record-Chronicle) 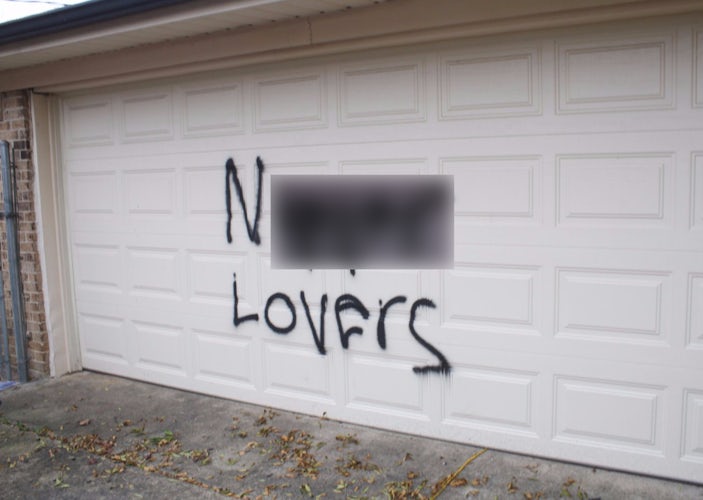 On Tuesday, Williams wrote on her Facebook page, her husband told her he was behind the vandalism. She said he was being treated at a mental-health facility and would be arrested upon his release.

“My heart is heavy, and I have more questions then answers,” she wrote. “My children and I are in a state of shock and sadness.”

A GoFundMe account set up for the family raised more than $5,000; Williams said the fundraiser’s organizer was working to refund those donations.