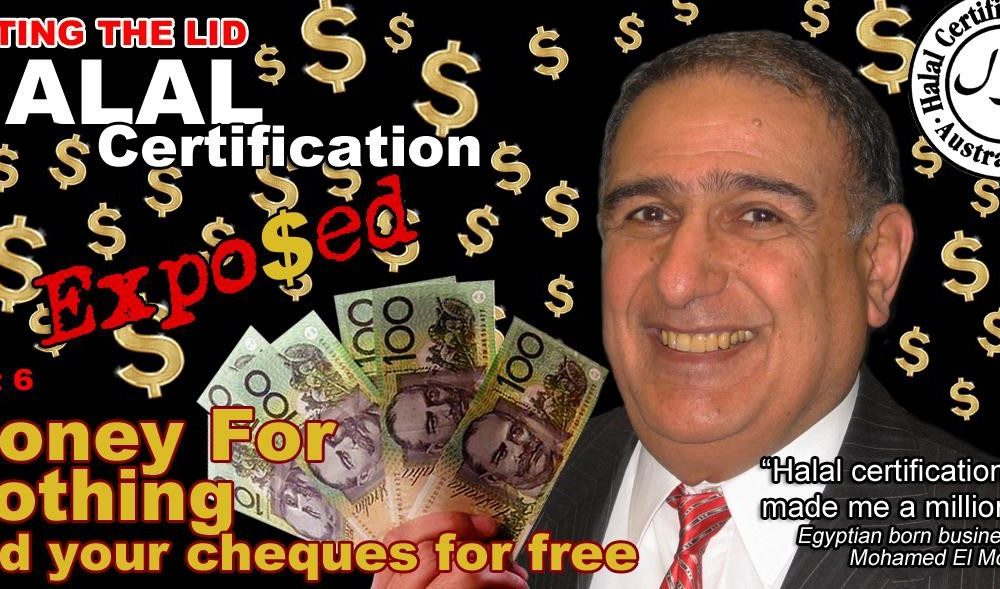 Mohamed Elmouelhy, the head of Australia’s Halal Certification Authority,  stirred up some major controversy when he said that white Australian women should breed with Muslim men.  He says that white Australian women should always be surrounded by Muslim babies.  (Do they behead their teddy bears?)  Elmouelhy also claimed that the white race would be extinct in 40 years.  Isn’t that what ISIS said?

The certification chief, who immigrated to Australia in 1975 and became a citizen in 1981, made his comments in response to a study in Human Reproduction Update from Israeli researchers in Hebrew University, which revealed declining fertility rates among men in North America, Europe, Australia, and New Zealand.

Based on 43,000 men, the scientists found that a high proportion of men in Western countries had sperm counts below the threshold for infertility.

“According to the Hebrew University, Australian men sperm count has declined by 52 per cent over the last 40 years so your men are a dying breed, Australian women need us to fertilise them and keep them surrounded by Muslim babies while beer swilling, cigarette smoking, drug injecting can only dream of what Muslim men are capable of,” wrote Elmouelhy in a comment on Facebook that was first reported by the Daily Mail.

“If the country is left to the bigots the white race will be extinct in another 40 years,” he continued. “Muslims have a duty to make your women happy because you are declining, better go chose a plot for yourself at your local cemetery. If you can’t afford it, commit suicide it is a cheaper alternative for bigots.”

“It will [sic] mandatory for all women to wear hijab or burka if they prefer, bikinis will be displayed in Museums but not on nubile bodies anymore,” he continued. “When that happens everything in Australia will be Halal certified. Bigots and pigs will be declared Haram and must not be approached or touched, they can live together in reserves. There will be a Halal butcher on every corner, all other butchers will be offered to convert to Halal or given a passage back to where their ancestors came from.”